God knows we’ve probably written enough about “Tempest” by now (not least these two terrific pieces by my colleagues Allan Jones and John Robinson). Nevertheless, part of Bob Dylan’s enduring appeal is his capacity for provocation: the sense that he tacitly encourages people to at least try and unpick his records, fathom his mysteries. Our almost certain failure is part of the game, for him as well as for us. 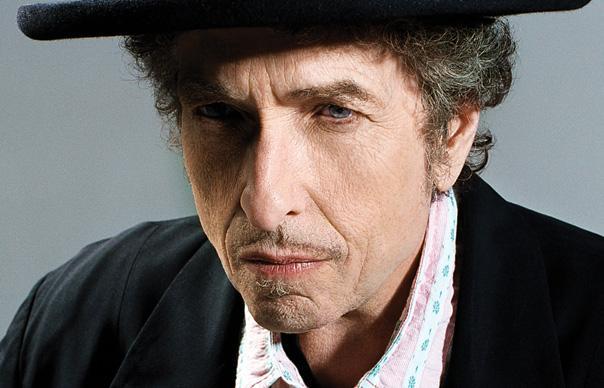 God knows we’ve probably written enough about “Tempest” by now (not least these two terrific pieces by my colleagues Allan Jones and John Robinson). Nevertheless, part of Bob Dylan’s enduring appeal is his capacity for provocation: the sense that he tacitly encourages people to at least try and unpick his records, fathom his mysteries. Our almost certain failure is part of the game, for him as well as for us.

“Tempest” already has a cult of exegesis surrounding it, fed by documents like Scott Warmuth’s brilliant “Tempest Commonplace”, that digs up antecedents in Juvenal and “Escape From Fort Bravo” among many other places.

Uncharacteristically, Dylan has affected to bite back at this kind of research, and the implications of plagiarism that come along with it. In what looks like a notable Rolling Stone interview, he passionately defends the art of influence, finally deciding of his critics, “All those evil motherfuckers can rot in hell… I’m working within my art form. It’s that simple. I work within the rules and limitations of it. There are authoritarian figures that can explain that kind of art form better to you than I can. It’s called songwriting. It has to do with melody and rhythm, and then after that, anything goes. You make everything yours. We all do it.”

Listening to “Tempest”, I can’t help wishing that one element Dylan would stop borrowing is the tradition of misogyny and objectification that is a recurring detail in a good few of these songs. Perhaps some of the more critical reviewers of the album could have examined this, rather than predicating their pieces on the apparent wrongheadedness of other reviewers, whose enthusiasm evidently doesn’t have the required ironic distance from the record.

One thing that keeps fascinating me about “Tempest”, though, and maybe hasn’t been written about so much, is the way it actually sounds. Among relatively recent pieces on Dylan, a particular favourite is the review of “Modern Times” by Robert Forster, especially this passage:

“Dylan is arrangement-shy and always has been. A typical Dylan-produced song, in the studio or on stage, consists of all the musicians starting together, playing together and finishing when Dylan gives them the nod. No one sits out. No one comes in just for a chorus. It’s all pretty flat, and that’s fine when the songs are top-notch and we listen to Bob sing. But as soon as they slip – as they surprisingly do on much of this album – you realise that someone else is needed to push Dylan on his material and the way it might sound.”

“Tempest” starts in a way which gives lie to this idea, with the jinking Hot Club intro to “Duquesne Whistle”, filtered in as if from a valve radio in another part of the house. When the song kicks in, though, it initiates a series of songs whose locomotive doggedness is so striking, so militarily drilled as to be positively weird.

George Receli’s drumming is the key sound, beside Dylan’s voice, the engine that keeps these long songs on the rails. Around him, though, the band are frequently so locked into position that I keep listening on headphones to see if I can divine loops, rather than the single-take verité that we perhaps naively assume of Dylan.

On the thrilling “Narrow Way”, in particular, it sounds as if some pretty assiduous editing and mixing (by Scott Litt, one assumes) has been done to enhance its mechanistic thrust: the cycling riff is distorted, dirty, but there’s never much in the way of sound leakage at the end of each honk. Three times over the seven-odd minutes of the song, there’s a break, as if Dylan is turning to his band and beckoning one of them to step forward and take a solo. Three times, though, they all stay resolutely in the ranks, with that nail-scrape violin line in focus, leaving these strange caesuras in the song.

Would I like it if the band cut loose a bit more, affected a comparable derangement on “Narrow Way” to, say, one of the songs it echoes, like “Highway 61 Revisited”, say? I guess so, but there’s also an argument that what Dylan is doing here is more inventive; reorganising the signifiers of the bar band into something mantric, insistent, marginally robotic.

What the discipline of the backing does, of course, is push Dylan’s voice and lyrics even further into the spotlight. He doesn’t fare quite as well on the more flowing, melodic numbers like “Roll On John” and “Pay In Blood” (the latter really could do with a bit more abandon from the band: if it recalls the Stones, it’s a peculiarly emasculated Stones).

On the best “Tempest” songs, though, the rigorous arrangements provide a kind of theatre set for Dylan. Fishing for notions of authenticity is a mug’s game on most Dylan records, more so than usual here. Instead, it’s better to celebrate the drama and artifice which he can bring to his vivid narratives – and “Tin Angel”, “Scarlet Town”, “Tempest”, especially, are some of his best in years (I’ll refrain from the perilous game of saying precisely how many years, at this point).

Here, too, is evidence of what a formidable, if admittedly unorthodox, instrument Dylan’s voice has become. On the talking blues of “Long And Wasted Years”, his performance is remarkable: a pointedly melodramatic one, certainly, but one which uses the grain and resonance of that voice to its full potential, and rides the tune with a rare and flamboyant melodic intuition.

In comparison, “Tempest” itself is calmer, more hypnotic. One reviewer I saw drew an analogy with The Pogues, which struck a chord – that shantyish lateral movement, as the narrative moves forward, for a start. More specifically, though, it reminds me of “And The Band Played Waltzing Matilda”, and those other big story songs by Eric Bogle. Not a man to be trusted, or believed much, perhaps, but Dylan still knows how to spin a yarn, and how to frame it in a sympathetic and unusual way.