Allah-Las on their way, praise the Lord!

You catch us on a pretty busy day, deadlines fast approaching for our last issue of 2012. That’s the one, of course, that traditionally carries our end-of-year lists of best albums, reissues, films, DVDs and books. This means we’ve all been recently asked to nominate our personal Top 20s, from which John has been compiling the definitive countdown, the full list to be published when he’s finished his painstaking calculations in the Uncut that comes out at the end of November. 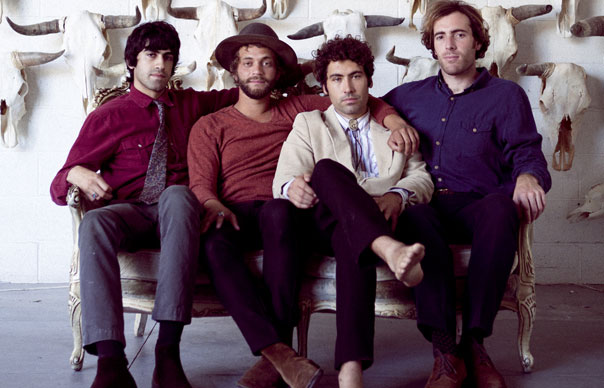 You catch us on a pretty busy day, deadlines fast approaching for our last issue of 2012. That’s the one, of course, that traditionally carries our end-of-year lists of best albums, reissues, films, DVDs and books. This means we’ve all been recently asked to nominate our personal Top 20s, from which John has been compiling the definitive countdown, the full list to be published when he’s finished his painstaking calculations in the Uncut that comes out at the end of November.

In bygone days on Melody Maker, things used to get very fractious every year about this time, heated disputes breaking out in the pub as the staff split into bitter factions, ugly scenes developing between the champions of one record and the cheerleaders of its rivals, regrettable words spoken in voices raw with partisan emotion, friendships sundered, serious fallings out a seemingly inevitable consequence of the annual occasion of us naming an Album Of The Year.

People used to work themselves up into a considerable lather about this, no chance at all of a result based on an agreeable consensus, even less so one based on a clear-cut majority. The polls as I remember them were always tight, even as today’s contest between Barack Obama and Mitt Romney is, as they say, too close to call. Sometimes this would result in uneasy, shifting alliances designed to make this or that record the favourite in a crowded field, the feeling sometimes that deals were being done at clandestine meetings in smoky rooms with overflowing ashtrays, the air stale with bitter compromise and broken promises that led to even greater bitterness.

For successive generations of MM scribes, picking the Album Of The Year was one of those decisions on which much seemed to hang, and you couldn’t take the process of choosing it at all lightly. I remember one year spreading the rumour that our then-editor, Mike Oldfield, no relation to the boy genius responsible for Tubular Bells, had been so dismayed by the staff’s esoteric nominations that he’d decided to abandon the voting procedure entirely and hand the award to his own personal favourite album of the year, which was REO Speedwagon’s Good Trouble, a record I imagine no one else on the staff at the time had even heard.

This caused an enormous amount of huffing and indignant puffing, great exclamations of shock, outrage and betrayal. Petitions were hastily drawn up, plans for a popular uprising made, a delegation formed to confront the autocratic editor in his beastly lair, where he no doubt lurked in the staff’s imagination like the playboy heir of a Third World dictator with a taste for decadent disco, elaborate furnishings, high calibre weaponry and torture.

What they would probably have found was Mike asleep at his desk after an afternoon in the pub, snoring seismically. At which point the People’s Revolt would just sort of die out, as even the rebellion’s hardliners, the hot-heads and fire-brands, sloping back along with everyone else to their desks, where a lot of silent sulking would no doubt have morosely ensued as they contemplated the coming embarrassment of working for a music weekly that in 1982 would pick RE-fucking-O Speedwagon as the year’s best album. Ah, those were the days.

Anyway, one of the albums I’m keeping my fingers crossed will do well in our poll this year is the self-titled debut by Allah-Las, which quickly became an office favourite when copies arrived a few months ago, a number of us falling hard for the very loud echoes we heard in their retro-jangle of Love and The Byrds or something compiled from obscure tapes by Lenny Kate as a follow-up to the garage rock splendours of Nuggets.
The coolest place to see them live, of course, would be at the Whisky-A-Go-Go on Sunset Strip, possibly opening for Buffalo Springfield, but that’s not going to happen, sadly. So we will have to content ourselves with catching them on one of their first UK dates next month, when they arrive for a short tour. Only four dates have been announced so far – at London’s Shackwell Arms (Monday, December 10), Brighton’s The Hope (11), Liverpool’s Leaf (12) and Manchester’s Night & Day (13). Hopefully, there’ll be a few more confirmed in the next couple of weeks. Maybe I’ll see you at one of them.