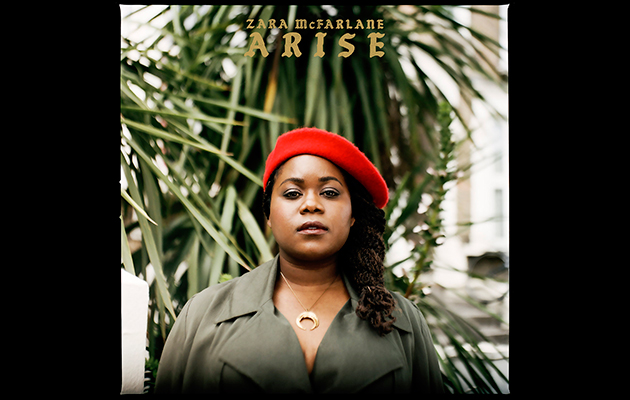 The British jazz saxophonist Courtney Pine once observed how young jazz musicians always seemed to be embarrassed about their non-jazz influences. “In private they’d be talking about funk and punk and dancehall and whatever,” he said. “But put them in front of a camera or a journalist and they’d only talk about Art Blakey or Duke Ellington. It’s as if they were ashamed of admitting that they had a life outside of jazz.”

A new generation of jazz musicians, however, particularly British ones, are less hung up about such things. For the likes of Shabaka Hutchings, GoGo Penguin, Laura Jurd, Femi Temowo, Seb Rochford and Matthew Halsall, “jazz” is less a genre, more a portal into another world, an interface that can be used to transform and translate any form of musical language.

Part of this new wave of British jazz musicians is Zara McFarlane, a singer from Dagenham in East London. A graduate of the Brit School and the Guildhall School of Music, McFarlane emerged through the ranks of Jazz Jamaica (Gary Crosby’s London-based ska-jazz big band) and Tomorrow’s Warriors (a collective of up-and-coming black British jazz musicians). Her first album, 2011’s Until Tomorrow, was an elegant, musicianly piece of modern jazz dominated by Peter Edwards’s piano trio; the 2014 follow-up, If You Only Knew Her, saw her start to integrate touches of dub and reggae into her modal jazz.

Her third album, however, delves deep into the connections between jazz and Jamaican music. The opening track, “Ode To Kumina”, and the closing track “Ode To Cyril”, both mix the African-derived hand drum patterns of one of Jamaica’s earliest musics – the kumina – with chanted vocals, tight horn harmonies and touches of calypso. Elsewhere we touch on the island’s descendants, like drum ‘n’ bass and dubstep. As such it’s almost like a voyage through the African diaspora, a jazz that simultaneously looks several centuries into the past and several years into the future.

The core of McFarlane’s band hasn’t changed – pianist Peter Edwards, saxophonist Binker Golding, bassist Max Luthert and drummer Moses Boyd – but the key difference here is that drummer Boyd has taken over production duties. He and saxophonist Golding are behind the rambunctious drums/sax duo Binker & Moses, and much of

Jazz musicians often make great interpreters but poor songwriters; they’re sometimes so keen to display their chops that they get bogged down in unhummable melodies and labyrinthine chord changes. McFarlane – who made her TV debut aged 14, impersonating Lauryn Hill on Stars In Their Eyes – has a pop sensibility that’s unusual in the jazz world, and her songs (five penned alone, five cowrites) are based around strong melodies. “Fussin’ And Fightin’” shares its title with a Bob Marley song, but it’s actually a better tune, a politicised plea for solidarity set to a polyrhythmic beat that’s pitched somewhere between roots reggae and jungle. A similarly busy drum pattern powers “Freedom Chain”, a gorgeous piece of lovers’ rock that sees McFarlane providing more complex harmonies while guitarist Shirley Tetteh freaks out.

McFarlane is also not ashamed to work with professional songwriters outside the world of jazz. “Allies And Enemies”, cowritten with Shane Beales, is a highlight here, a drumless two-chord ballad in the unusual time signature of 7/4 about love and manipulation, based around a deliciously phrased vocal line (“they say time heals all wounds, whoever they are”). “Stoke The Fire”, co-penned with Paul Simm (who has written for Neneh Cherry, the Sugababes and Amy Winehouse) is a slow-burning roots reggae ballad that was written and recorded long before recent events in West London, but lyrics like: “They want us to burn/They just put fuel on the fire,” take on a shockingly prescient significance in the wake of the Grenfell Tower fire. “They stack us tall/and watch us burn/when will they learn/we all fall down.”

And that air of quiet militancy that’s a defining feature of this album. “Pride”, a pulsating waltz based around an ostinato bass clarinet line from star saxophonist Shabaka Hutchings, is an assertion of agency that mirrors the Black Lives Matter movement. Hutchings crops up again to provide a lengthy clarinet solo on “Silhouette”, a 6/8 ballad about how black women have been almost invisible throughout history. Both feature tremendous sax solos – strident without being didactic, accessible without being cloying – that seem to mirror the spirit of the entire album.

Q&A
Zara McFarlane
Was this a conscious effort to unite jazz with African-Caribbean music?
It’s something I’ve been interested in for a while. In fact, it’s only since writing and recording most of these songs that I started researching the history of Jamaican music in depth. I’ve been writing a musical with Theatre Royal Stratford East for their New Musical Theatre Development Collective about early Jamaican music. So, for instance, the “kumina” music we reference comes from indentured labourers from the Congo who came over after the abolition of slavery in 1834.

You’ve multitracked your voice so much that it appears that there’s like a choir of Zaras on each track!
Yes, I’m still trying to work out how I’ll perform this live! I think vocal harmonies are so crucial to so much Jamaican music, not just reggae and dub but in lovers rock and ska and rocksteady too – there’s a lot of harmony. I think that’s something that comes out of communal group vocal singing in Jamaica from the 1800s, which used a lot of percussion and vocals. It was always something you’d hear at ceremonial events, mainly deaths, but also weddings and births. That’s something I grew up with.

What edge did drummer Moses Boyd bring as a producer?
I’ve known Moses for years, through working with Tomorrow’s Warriors, while him and saxophonist Binker Golding have both been in my band for ages. As a producer I think he put the emphasis more on the rhythmical elements, which is what I wanted. So there’s a lot of reggae and dub, nyabinghi, kumina, all that stuff.

Who is the Cyril in the final track “Ode To Cyril”?
It’s this guy called Cyril Diaz, who had his own orchestra backing calypso singers in the 1950s. He was actually born in Cuba, based in Trinidad and big in Jamaica, which shows how mixed up a lot of those influences are around the Caribbean.
INTERVIEW: JOHN LEWIS