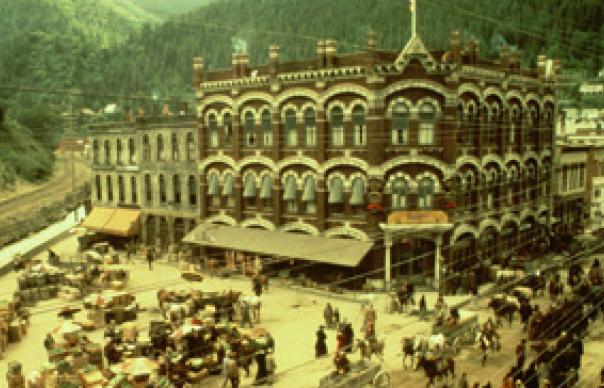 Without Jerry Harvey, it’s arguable whether you’d be reading these pages. But it’s a measure of his brilliant career, unfulfilled life, and tragic death, that few know his name, even though his early ’80s work paved the way for the DVD market and practically invented the Director’s Cut.

Back then, Harvey was the main programmer on Z Channel, an LA-based cable channel so regional that even half of LA couldn’t get it. Harvey’s thing was film, and as this gripping documentary shows, what began as a passion soon became an obsession, as small-screen film festivals and seasons soon gave way to Harvey’s determination to unearth the original cuts of films such as Michael Cimino’s studio-bankrupting Heaven’s Gate and Bernardo Bertolucci’s 1900.

Harvey’s taste was impeccable, as the likes of Jim Jarmusch, Quentin Tarantino and Alexander Payne queue up to testify, but this isn’t simply a History Channel portrait of a cineaste. Harvey also had demons, and what starts as an inspiring tale of devotion soon takes on a very dark hue as Harvey, squeezed out of his ailing channel, becomes depressed and dangerous, finally killing himself using a gun given to him by the late Sam Peckinpah.

Directed by Xan Cassavetes, Z Channel is an extraordinary piece of work that succeeds simply because it buys into all that was once good about Harvey, and although the final stretch is depressing to say the least, what stays in the mind is Harvey’s impeccable and infectious enthusiasm.