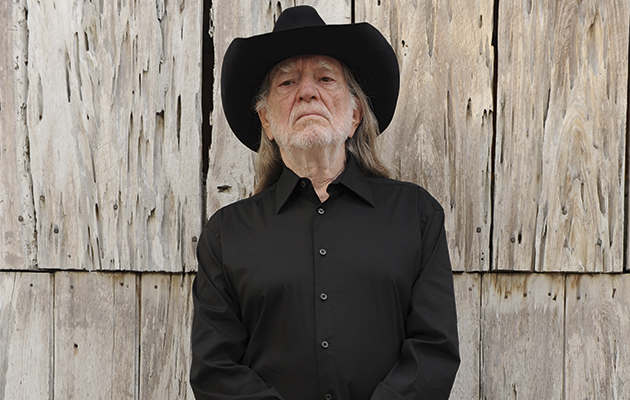 To say Willie Nelson is old-fashioned is an understatement. As country music and the country it represents has shifted and evolved, Willie’s love songs and laid-back workingman’s laments have fallen in and out of fashion. But even now, at age 83, Nelson is operating precisely how he did back in the ’60s. He’s constantly on the road and releasing multiple albums a year, alternately trying out different styles and returning to his roots. In the time since his last collection of original songs, 2014’s diverse Band Of Brothers, he has recorded full-length tributes to both George Gershwin and Ray Price, sung on songs by Kacey Musgraves and Cyndi Lauper, and released an entire album of new collaborations with the late Merle Haggard. All the while, he’s toured his ass off – through sickness and health – and shown no signs of slowing down.

“They say my pace would kill a normal man,” Willie sings on his latest album, God’s Problem Child, “but I’ve never been accused of being normal anyway.” The song is called “Still Not Dead” and it makes no bones about its subject matter: “The internet said I had passed away,” he sings, “Well if I died I wasn’t dead to stay/And I woke up still not dead again today.” “Still Not Dead” has all the makings of a classic Willie Nelson song: funny in a sad way, sad in a funny way, and, despite its specificity to the octogenarian celebrity lifestyle, it could be sung by anyone who feels like the world is against them. Planted firmly at the center of God’s Problem Child, “Still Not Dead” is one of Willie’s modern masterpieces and the centrepiece of an album that can stand comfortably alongside any of his iconic work.

It helps that, even as he’s aged and wandered, Nelson’s voice has mostly retained its power. On God’s Problem Child, he sounds a bit like a weathered harmonica: he might have lost some of his higher notes, but he can soar through all the ones that count. The arrangements, which skew more toward classic country and slower tempos than Band Of Brothers, also help highlight Willie’s strengths. By this point, he knows precisely what he wants to say and how he wants to say it. Buddy Cannon, who has worked on almost all of Nelson’s records over the last decade, is a fine collaborator here, and together, they find new ways for Willie to channel his old self. Many of the album’s highlights arrive in its statelier, starker second half. “It Gets Easier” is as steady and true as any of his best relationship songs, while “Lady Luck” is an optimistic outlook at a downtrodden world.

As is to be expected from an artist losing more of his closest peers and collaborators with each passing year, Willie Nelson is haunted by death throughout God’s Problem Child. Sometimes the presence is literal, as on the title track, which features one of the final vocal takes by songwriter Leon Russell. But the song is no death march: it’s a defiant, swampy ode to living outside the lines of society, something both singers speak to with authority. In “He Won’t Ever Be Gone”, Nelson pays tribute to Merle Haggard, whose intrinsic toughness has always played as a foil to Willie’s more laconic wisdom. Over a bittersweet chord progression, Willie names the songs Merle wrote, recalls the “high times” they had together, and prays for the best afterlife a songwriter can dream of: that their songs will outlive them.

Despite the urgency of “He Won’t Ever Be Gone”, its line of thinking – that our work is what defines us – is nothing new for Willie Nelson. While remaining endlessly prolific, he has always looked at the album as a totemic work, collecting songs in ways that add up to something bigger than the individual pieces. Let’s not forget that this is the songwriter who crafted one of country music’s first concept records (1971’s Yesterday’s Wine) and one of its first crossover standards collections (1978’s Stardust). God’s Problem Child continues that tradition—approaching life and love from angles that can only result from a career spent studying both with a restless sense of wonder. It’s the kind of perspective that most songwriters can only dream of attaining: for Willie Nelson, it’s just another day at the office.