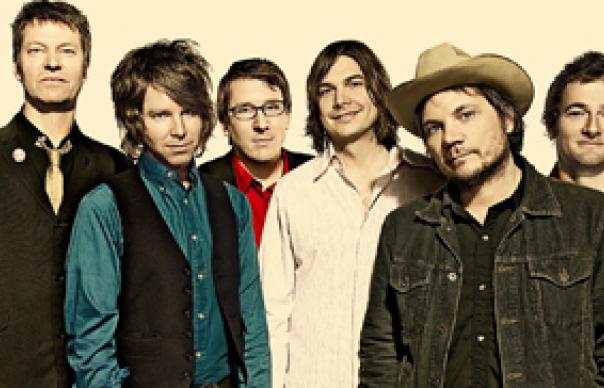 Whether they were aware of it or not, filmmakers Christoph Green and former Fugazi drummer Brendan Canty have a problem. Thanks to Sam Jones’ 2002 documentary, I Am Trying To Break Your Heart, any film about Wilco courts high expectations. Jones captured the implosion and rebirth of Wilco, and – a rarity for a rock film – added considerably to the audience’s understanding of the band and, particularly, its creative centre, Jeff Tweedy. That may have been an accident of circumstance, but it does mean that any straightforward portrayal of the band on tour is likely to disappoint.

But Green and Canty have been down this road before. They directed Tweedy’s 2006 live DVD, Sunken Treasure, and their unobtrusive approach worked, largely because Tweedy was uncharacteristically chatty during that solo tour. Here, with the whole band in tow, it admittedly becomes a little harder to find a coherent narrative. The filmmakers locate a sense of nostalgia for a disappearing America through the Polaroids keyboardist Pat Sansone takes of urban wastelands – “capturing these little pieces of a fading America with a fading technology”. There’s moments, too, of offstage intimacy. We see Jeff having his throat examined and the band discussing various ailments, including fused vertebrae and – a problem for percussionist Glenn Kotche –hand abuse. If there’s one theme Green and Canty touch on it’s the vague rootlessness common to all rock tours: cue the moody shot of the silver bus rolling along the horizon.

And then the penny drops. The pictures are pretty enough, but close your eyes and listen, and Ashes Of American Flags is revealed as an understated record of a band at ease with itself, playing some of the most beautiful music of their careers. The music is tight and tough; a perfect hybrid of Wilco’s country rock twang and their more eclectic experiments.

Mostly, they resist the urge to replicate Tweedy’s sonic migraines, opting instead for melodic interplay and wiry repetitions of riffs. Sometimes – on “Kingpin”, say – they sound positively dirty, and they’re not beyond moments of absurd showmanship, such as the mock electrical storm that punctuates “Via Chicago”. And, yes, Tweedy plays “Heavy Metal Drummer” with a bra suspended from his guitar.
So, a quiet triumph, and a beautiful document of a confident moment in the life of Wilco. Jeff’s dad can be proud. Evidently, when he appears backstage at a meet-and-greet, he is.

EXTRAS: Seven additional bonus tracks, “I’m The Man Who Loves You”, “Airline To Heaven”, “It’s Just That Simple”, “At Least That’s What You Said”, “I Am Trying To Break Your Heart”, “Theologians”, “Hate It Here”. With this DVD, you can also download the audio of all the tracks via the Wilco website.