Tempestuous marriage of rock and radiophonics on remastered experimental gem 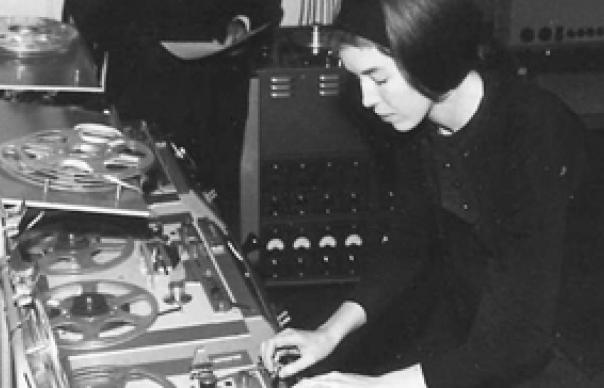 1968 was a year when the primitive, hermetic world of electronic art began to go public, from the ICA’s Cybernetic Serendipity exhibition to The Beatles’ musique concrète effort “Revolution #9”. At the same time, a
19-year-old physics student called David Vorhaus stumbled into a lecture on tape music given by Brian Hodgson and Delia Derbyshire of the BBC’s Radiophonic Workshop, had an epiphany and breathlessly introduced himself.

Within weeks the trio were enjoying night games in the Beeb’s experimental playground. A rashly scrawled cheque from Island’s Chris Blackwell allowed them to stuff Vorhaus’ Camden Town flat with a chain of six Revox tape-recorders and other gizmos, and An Electric Storm was unleashed the following year.

The resulting databank of decadent cut-up songs and plangent psychodramas sounds like no other British rock record of the time, and like no electronic composition either. At first there’s a baffling mismatch between the lyrics – essentially a string of vignettes of fickle sexual mores (“Firebird”), playboy encounters (“My Game Of Loving”), unchained lust
(“Love Without Sound”) and the clanking Frankenstein-creature artifice of the soundtracks.

“The Black Mass: An Electric Storm In Hell” is the celebrated cut – improv drummer Paul Lytton was invited to flail around a kit. Its crude phasing effects and elongated screams come off rather corny to 21st century ears, but these were desperate measures – Island had given them a seven-day ultimatum to deliver a finished record.

Despite being revered by the likes of Add N To (X), Squarepusher and Broadcast, An Electric Storm stands as one of a kind – few have attempted its vigorous mêlée of boffins and boffing. ROB YOUNG
uncut.co.uk for more on White Noise

UNCUT: What did Delia Derbyshire and Brian Hodgson bring to
White Noise?

DAVID VORHAUS: White Noise was on a larger scale than what they did at the BBC, and I think they really liked it. Brian is more of a drama person than a musician. And Delia loved it too, because she was a bit fed up with Radiophonics, she wanted to leave. I persuaded her to stay on for a year, because they had some toys there that we really couldn’t do without.