The Texans continue their radical evolution with a kaleidoscopic concept album... 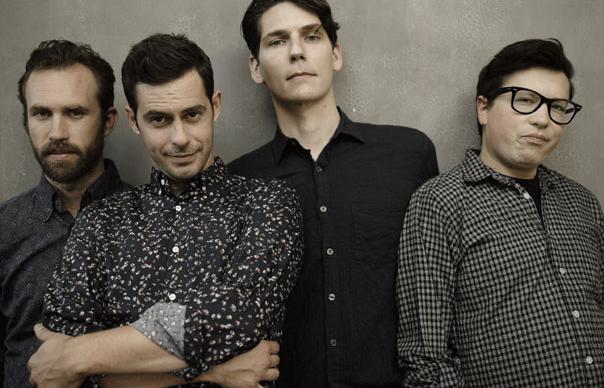 The Texans continue their radical evolution with a kaleidoscopic concept album…

Rarely has a band or artist sprung so adeptly between genres, and so quickly, as White Denim. Offhand I can only think of The Beatles and Tim Buckley as comparably questing spirits blessed with the ability to realise so many different ideas with such facility in such a short space of time. Their debut, Workout Holiday, revisited garage-rock touchstone styles with furious energy and ebullient invention, stacking up echoes and influences from Velvets-esque bulldozing grindcore to lysergic country-punk raga-rock reminiscent of the Meat Puppets.

The follow-up, Fits, was a firestorm of punk-infused math-rock workouts that sounded like they might cause actual physical damage – a notion confirmed at live shows, where the trio of guitarist James Petralli, bassist Steve Terebecki and drummer Joshua Block exhibited an intensity that brought to mind the power-trio heyday of Cream and Hendrix, the raw, exploratory fire of early West Coast psychedelia, and the out-there urge of avant-garde jazz. As with great jazz players, there was something extraordinary about the way three such potent musicians could pursue their own individual paths with no apparent restrictions on what each could do, yet have those paths somehow interlace together in a common direction.

By the time of 2011’s D, they had acquired an extra guitarist, Austin Jenkins, and yet another twist in their musical direction, mutating from virtuoso math-rock psychedelic blues-jammers to something closer to a cross between the Grateful Dead and the Magic Band, mingling spiky trickster rhythms with sleek country-rock harmonies and serpentine, intertwining guitar breaks, with a side-order of Afro-Cuban jazz flute thrown in for good measure. It seemed there was nothing they weren’t prepared to take on, and take easily in their stride. Where would they head next?

Out to the patio, and down to the barbecue pit, that’s where. James Petralli describes the delightful Corsicana Lemonade as “a barbecue record”, the kind of more laidback, soulful music he’d like to hear if he were cooking outdoors. “Our ears got tired of hearing really aggressive music and trying to work it into something,” he says of the move away from math-rock blizzards. Instead, the quartet concentrated on developing more pleasurable lines, and on well-structured songs rather than open-ended jamming.

Which is not to say there isn’t an abundance of virtuoso playing on this album; just that it follows more populist, recreational lines, with a healthy emphasis on Southern styles. With its double-guitar attack borne along on keyboard colouration and tidal waves of rolling drums, for instance, “Distant Relative Salute” has the fluidity of a jazz-tinged Allmans groove like “In Memory Of Elizabeth Reed”; while elsewhere warm echoes of Little Feat and country-rock pioneers Barefoot Jerry glow from songs such as “Come Back” and the punchy country boogie “Pretty Green”. It’s the sound of great players kicking back, rather in the way that Motown was the sound of jazz players digging the simplicity of R’n’B. And right from the funky, polyrhythmic boogie opener “At Night In Dreams”, it swings like heck, carrying the listener along rather than steamrollering over them.

The first sessions for Corsicana Lemonade were done, at Jeff Tweedy’s invitation, up at Wilco’s studio in Chicago. Two tracks resulted – the aforementioned “Distant Relative Salute” and the album closer, a devotional ballad contrarily titled “A Place To Start”. But the band were inspired by the studio’s collection of obscure instruments and kit to explore different routes than the basic two guitars/bass/drums formulation: when Petralli got back to Texas, he went out and bought the Mellotron that gives “New Blue Feeling” its Traffic/Beatles Brit psych-rock flavour; and elsewhere, electric piano adds a funky undercarriage to several tracks.

Upon their return from Chicago, the band rented a house near Lake Travis in Texas, and had it converted to a temporary studio where Josh and Austin could stay. In its early days, the band recorded in the makeshift studio at Josh’s trailer, and this was a means of acquiring a similar freedom to develop material without having to pay huge studio fees. That freedom comes across in the relaxed manner of their playing, which in places recalls the genial fluidity and casual technical grace of Steve Miller, especially the quicksilver little fills and twirling lead solo on the title-track, an itchy, shuffling tour around Texan small towns, whose chorus – “Try to slow down, hang around, along the way” – could stand for the album as a whole.

Likewise, the chipper “Cheer Up/Blues Ending” recommends we should “Put a step in your boots and a shine on your teeth… put a dime in your pocket, relax”, while the sprightly country-rocker “Let It Feel Good (My Eagles)” finds Petralli apparently channeling the vocal inflections of Lowell George as he advises us, “If it feels good, let it feel good to you”. The track’s distinctive reverb characteristics, reminiscent of the early rockabilly vibe at places like Sun Studios, he attributes to the high ceiling at the Lake Travis studio, and his technique of singing to the ceiling rather than straight at the microphone.

Elsewhere, the family concerns of some tracks bear evidence to Petralli’s recent parenthood, while dreams also figure in several songs, from the doctor-infested turmoil of “New Blue Feeling” to the muscular writhings of “At Night In Dreams”, a rumination on endurance and longevity in which Petralli notes, “I know you think that it’s easy to change, it’s a symptom of age”. The irony being, of course, that he and his bandmates have never really exhibited the slightest trouble changing musical direction, and judging by Corsicana Lemonade, have no intention of staying still in future.
Andy Gill