Gordon Gekko’s back: but not with a bang... 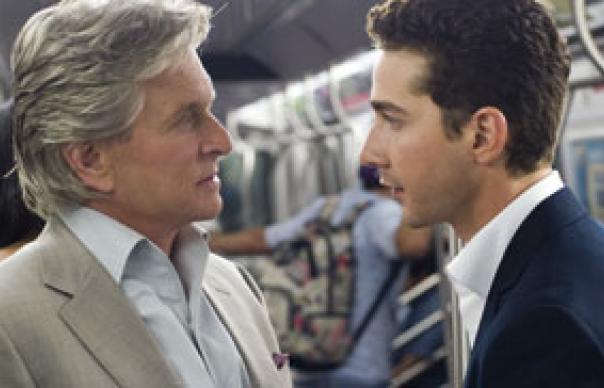 The return of Gordon Gekko couldn’t be better timed.

As we emerge from the worst recession since the 1920s, the idea of dusting down a character synonymous with corporate greed seems appropriate.

But, weirdly, with such resonant context, Gekko’s resurrection is disappointing. This isn’t a savage satire on corrupt business practices. No. It’s a relationship drama.

One can often admire Oliver Stone for the bloody-minded way he does the exact opposite of what you expect. Here, though, the decision to sideline Gekko to focus on a by-numbers love story between LaBoeuf’s Wall St trader and Carey Mulligan, as Gekko’s estranged activist daughter, is questionable.

There are good performances, but LeBoeuf and Mulligan aren’t strong enough leads.

Only a colossal act of bastardy from Gekko lifts this anywhere close to the original.
Michael Bonner