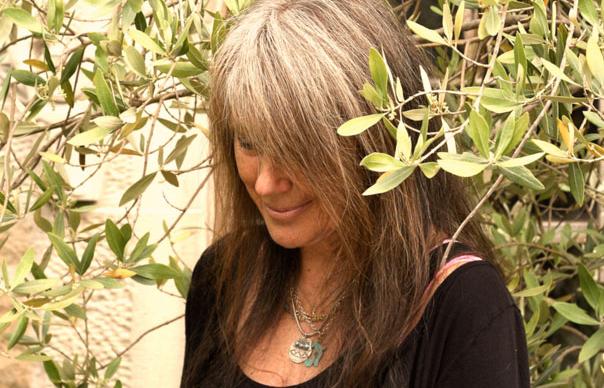 Vashti Bunyan doesn’t do hurried. This is the woman who, famously, turned her back on life as an aspiring pop starlet in late ’60s London to spend the best part of a year travelling to the Outer Hebrides by horse and cart. As a metaphor for the way she has since conducted her career, the journey could hardly be more apt. Bunyan seems to cleave to the old adage that it’s better to travel in hope than to actually arrive.

Following the 35-year silence between her hazy pop-folk debut, Just Another Diamond Day, and her immaculate 2005 comeback, Lookaftering, we might have hoped that Bunyan would start making up for lost time. Instead, a full nine years after Lookaftering comes Heartleap, an album so ethereal at first it barely seems to be here at all.

Past allies such as Joe Boyd, Lookaftering producer Max Richter and – inevitably – the late, great arranger Robert Kirby, are absent this time. Instead, Heartleap is self-produced, self-arranged and largely self-played.

Bunyan’s music has never been overly burdened by production flourishes, but here it’s almost painfully exposed. There is no bass or drums, with the result that these ten tracks seem to float, unanchored, at times threatening to slip away entirely. The woody, organic feel of much of Lookaftering is replaced by something more ethereal and sugar-spun. Heartleap feels at first like an extended mood piece, one long drift, but in time structure emerges. Choruses steal into view like lost lovers out of the fog, while the sighing strings, pattering piano lines and delicate guitar motifs entwine to create a finely-stitched tapestry of immense beauty. The highlight, as ever, is Bunyan’s pure, fragile voice, so closely miked it allows her to sing these simple, almost halting melodies at barely a whisper.

Opener “Across The Water” sets a tone which rarely wavers for the next 30 minutes, each song’s simple sound-pad of gently picked electric guitar and washes of synths fleshed out by touches of flute, recorder, cello and kalimba. “Jellyfish” unwinds like a musical box which just keeps on spinning, Bunyan’s multi-tracked voices overlapping over a simple bell-like motif. “Gunpowder” sets a timeless sing-song melody afloat on a slow river of cello and violins. “Hare” is a dark, mysterious minor-key madrigal with woozy flute, rolling like the sea. It’s all so finely wrought that the subtle interplay of three guitars on “Holy Smoke” seems almost grandiose. When a muted saxophone breaks into “Shell”, it’s like a sonic hand grenade.

Bunyan is a freak-folk heroine these days, much beloved of the likes of Joanna Newsom and Devendra Banhart (who pops up to add vocals on “Holy Smoke”), but her music isn’t quite folk. Rather, it’s a strange mix of chamber-pop, whispered torch songs and minimalist contemporary classical. At the end of the beautiful “Blue Shed”, the susurration of layered backing vocals reference another unclassifiable female singer, Kate Bush.

Lyrically it’s an album of memory, reflecting on family, lovers, old faces, uncomfortable conversations, the spell of dreams, the pull of water. “Mother”, the sole piano-driven song, is a powerful portrait of piercing regret, while the memory of her mother ambushes Bunyan once again on the quietly devastating “Shell”. On “Blue Shed”, she articulates the double-edged yearning for a solitary sanctuary; “Gunpowder” lingers on “all the merry dances/You led me.”

The words are as finely pared as the music, almost haiku-like. By the time the closing title track arrives, language has been all but relegated to redundancy, as Bunyan simply laces a string of words beginning with “heart” along the album’s most dazzlingly lovely melody.
Like much of what has come before, the song feels like a gentle valediction. Bunyan has said she will not make another album, and this record certainly possesses all the characteristics of a goodbye. If Heartleap does indeed prove to be the final destination of Bunyan’s old horse and cart, it’s an entirely worthy one.
Graeme Thomson

Q&A
VASHTI BUNYAN
You’ve taken sole control on this album. Why?
I finally had the opportunity to do it the way I heard it in my head, which is in no way to denigrate anything that went before, it was all a great joy, but it just seemed time to see what I could do myself. On Lookaftering Max [Richter] said, “You don’t have to put a picture on every wall,” and that really stayed with me. It feels so exposing because it’s just me, I’m not hiding behind anybody. It’s more like a self-portrait rather than someone else’s portrait of me.

Would you like to work more quickly?
I wanted every note to mean something, and that’s really what took the time. Also, I’m very slow at coming up with the songs, although “Heartleap” came to me very quickly, and in a way it said everything I’ve ever wanted to say.

Is this really going to be your last album, or can I change your mind?
When it was finally finished – my first deadline was 2008 – the label started taking about the next one and I thought, absolutely adamantly, No, I’m not going through that again! It felt like a lot of years and a lot of my life had gone into it. Time to do something else. But minds can change.
INTERVIEW: GRAEME THOMSON