The infamous mail-order tape gets a lavish three-disc treatment... 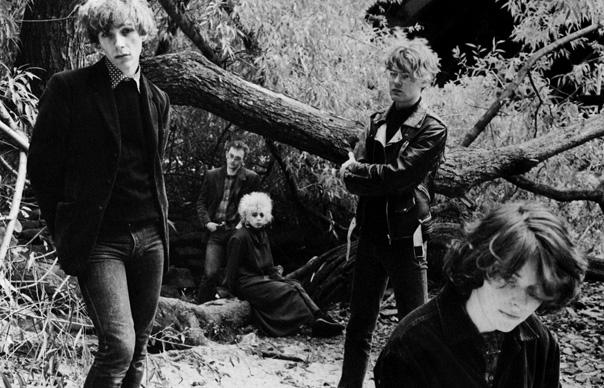 The infamous mail-order tape gets a lavish three-disc treatment…

It’s difficult to imagine how a simple cassette could become such a controversial document, but that’s what happened with the NME’s 1986 mail-order compilation. Where the paper’s previous annual round-ups – Mighty Reel, Dancin’ Master, C81 – featured a mix of the punk, reggae, hip hop and jazz that the paper had been championing, their 1986 compilation, C86, jettisoned all other genres to concentrate on a very particular type of music.

Loved and reviled in equal measure, C86 featured 22 “shambling” bands signed to independent labels – rakishly thin chaps, almost exclusively white, in guitar quartets with not a single keyboard between them. They plied a chaste, asexual brand of beat-pop that borrowed heavily from Josef K, Orange Juice and The Smiths. But, where those bands betrayed vestiges of funk, soul and Africa, the shambling bands divested their music of its black origins: an incendiary statement in the rock-versus-hip hop wars that raged across the inkies at the time. For the first time, “indie” became codified – not as an attitude, but as a genre. White rock music abandoned any modernist impulse and retreated into the past, rejecting synths, drum machines and other garishly lit tropes of 80s pop. C86 even came with its own retro “cutesy” couture: 60s anoraks and duffelcoats, childlike plimsolls, bowl haircuts and cardigans.

Some of the bands here were already well-established. Reluctant shambling scene godfathers The Pastels had been releasing records since 1982. The gallows humour of Birkenhead’s Half Man Half Biscuit always seemed at odds with the wide-eyed, uncynical naivety of the other bands on the tape, while The Wedding Present seemed a little butch among their fey compatriots. Other C86 bands seemed to have one great single in them: The Mighty Lemon Drops’ “Happy Head”, The Bodines’ morning-fresh “Therese”, and the Soup Dragons’ “Pleasantly Surprised”. Those three tracks represented C86’s enduring public persona — a childlike perfect pop that no one actually listened to, all asexual whimsy and male vulnerability. But this was not a homogenous scene. Stump, Big Flame and Bogshed all created a discordant racket of fractured rhythms, wobbly guitars and Beefheart wails. Leeds futurists Age Of Chance rumbled and throbbed and seemed to promise great things. East London revolutionaries McCarthy (later to morph into Stereolab) were fanning the embers of a radical fire that had all but been extinguished by the mid-80s; as implicitly political was the proto-riot grrl thumps and hiccupping vocals of Birmingham’s We’ve Got A Fuzzbox And We’re Gonna Use It.

Ex-NME scribe Neil Taylor, who compiled the first tape, here assembles this box-set (he’s now a literary editor who has also written an upcoming book on the shambling scene), and disc two features many of the bands he left off the original. They include The Jesus And Mary Chain (unwitting poster boys of this scene), The Primitives (with guitarist Paul Court rather than Tracey Tracey on lead vocals), Kurt Cobain’s faves the BMX Bandits (whose first LP was called C86), The June Brides (who declined to appear on the original) and Talulah Gosh (who emerged just after the tape was compiled).

The third disc explores a broader range of British indie music around 1986 and includes a few bands who – like C86 alumni Primal Scream, Age Of Chance and the Soup Dragons – would later neck some pills and “go dance”, including Pop Will Eat Itself (probably the first of these indie bands to embrace hip hop) and the Happy Mondays (who, even in 1986, sounded like an under-rehearsed jazz-funk band trying to play folk music). But it also strays far beyond the C86 brief. There’s the Brechtian cabaret of The Band Of Holy Joy, the epic strings and haunted harmonicas of King Of The Slums, the folksy fiddles of The Nightingales, the hypnotic drums and FX-laden trumpet of The Blue Aeroplanes. The Love Act recall the Violent Femmes with a trumpet; Peel faves The Noseflutes sound like someone has emptied the contents of a recording studio into a skip. There’s also lots of absolute guff, including Richard Hawley’s early band Treebound Story. It covers a wider brief than Bob Stanley’s CD86, a two-disc compilation of contemporaneous music that was released on the 20th anniversary of the original. Weirdly, this reissue arrives at a more receptive time, with a generation of young bands from Portland to Tokyo taking their cue from C86. The appeal is partly a nostalgia for a scene that was already nostalgic, but there’s an urgency and intensity to these performances that still resonates, nearly 30 years on.
John Lewis

Q&A
David Gedge, The Wedding Present
Was there a distinct C86 “scene” at the time?
It was an exciting time — fanzines and labels were really taking off, and promoters around the country were always booking us. We’d find ourselves sharing the bill with the Shop Assistants, the Wallflowers, Yeah Yeah Noh and Bogshed, or something. But it seemed like C86 was a catalyst, something that grew wider attention to a small scene.

Was there a definable sound?
The music was actually quite varied. People now see C86 as all jangly indie pop, but Bogshed and Big Flame were nothing like that – they were much harder. I guess we rode that divide: there were elements that were very jangly and Velvet Underground-ish, but we had a much harder edge.

Were you suspicious of being pigeonholed as “a C86 band”?
In retrospect, we were probably slightly more established than most of the other bands, even if it didn’t seem like it at the time. We were just honored to be on an NME tape, having read the magazine for years, and perhaps a bit guileless about how it might affect us. But I can understand why, say, the June Brides didn’t want to be on the tape, and how some of the less established bands might be pigeonholed by it, especially when the scene seemed to have run its course.

Was it as white and retro as it seemed?
Yeah, that’s a fair criticism. The retro thing even by-passed punk: the guitar thing harked back to the Byrds and Velvet Underground. And we were certainly influenced by a lot of white guitar bands. But I guess that applies to all music. It’s like criticising a hip hop act for not being into Bogshed, or something…
INTERVIEW: JOHN LEWIS