Surprise return from influential prog-punks, after 27 years. And it’s a double… 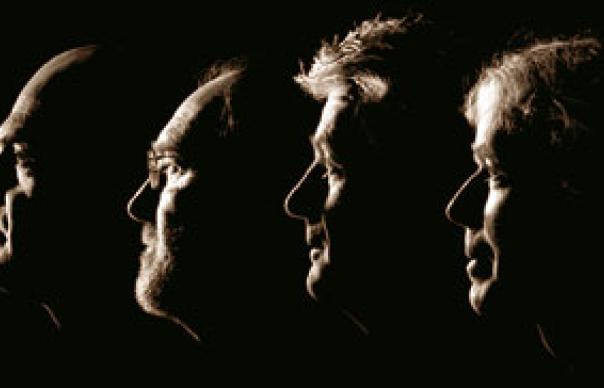 Although customarily associated with prog, Van der Graaf Generator were always a world away from the ridiculous likes of Yes and Jethro Tull. They hit darker, more urgent notes that resonated with a rogues’ gallery of fellow pop mavericks, from Bowie and Johnny Rotten to Mark E. Smith, Graham Coxon and Luke Haines. In recent years, singer-guitarist Peter Hammill has re-emerged with increasingly confident and acute solo records about our current condition. And it was a rapturously received Van der Graaf encore at a 2003 Hammill gig that sparked their reunion. Hammill’s near-fatal heart attack that December only added intensity to this risky return.

It’s the core of the band’s shifting line-up: Hammill plus Hugh Banton (keyboards), Guy Evans (drums) and David Jackson (saxes and flutes), offering 37 minutes of new songs, plus an hour labelled Improvisations. They sound eerily similar to the last time this quartet recorded, in 1976: this isn’t their crunk record. Instead it’s a restatement of old strengths, and far from quaint. When “Every Bloody Emperor”, a typical recent Hammill lyric about our tawdry rulers, breaks into a seasick madrigal sway, it suggests the historical reach of older men without blunting its anti-Blair bite.

Such hints of English pastoralism, always key to Van der Graaf’s appeal, bolster “Boleas Panic”’s bucolic spaciness, all flutes and church organs, pacific yet musically tense. Johnny Rotten’s soft spot for these so-called proggers is then justified by “Nutter Alert”, a prime Hammill paranoid rant as “darkness falls in a telephone call”, punctured only when a lengthy band breakdown lets its raging glee slip. “On the Beach” is a suitably elegiac coda, Hammill warmly pondering passing time before the sound of waves washes over it all. The Improvisations CD, though heavier going, fulfils its intended function as a once-only insight into the band’s inner workings. Not yet quite reaching peak wattage, it’s still a worthy return from these peerless English dreamers.