Vampire Weekend – Father Of The Bride

Back after six years with a transformative, possibly divisive double 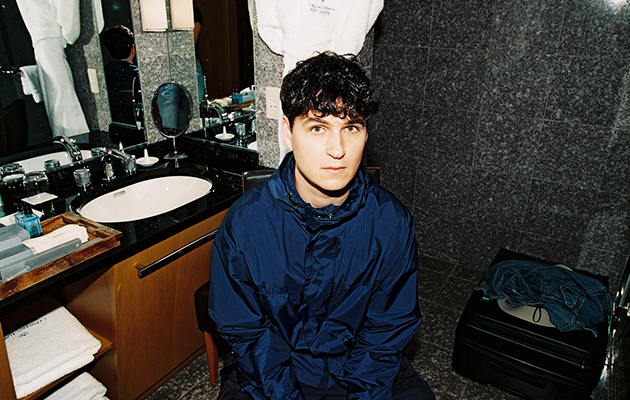 Ezra Koenig’s description of the time it’s taken to follow up Modern Vampires Of The City as working at “a dignified pace” is drolly self-aware – six years is an eternity in his game. But the self-styled “neurotic over-thinker” whose smart, emotionally articulate and slightly whimsical pop songs have taken Vampire Weekend from blogosphere darlings to arena-headlining Grammy winners has been otherwise engaged – becoming a father, working on his animated Netflix series and presumably, leading a group recalibration following Rostam Batmanglij’s departure in 2016.

It’s the kind of long hiatus/upheaval combination that can make hard work of a return, but it seems Koenig was on a roll for their fourth LP – so much so, that he wrote 40 songs. Father Of The Bride runs to 18 tracks, which is a good half dozen surplus to standard album requirements. But canny offspring of the internet that they are, Vampire Weekend have been drip-feeding fans with posts of two songs per month in the run-up, while on his Instagram, Koenig acknowledged the dominance of playlist culture by saying anyone who wanted to edit out six tracks was welcome to do so.

The temptation is there, although at 59 minutes, Father Of The Bride is hardly epic and treads water infrequently. In fact, it’s every bit as immediate and listenable as it is confident, and more buoyant overall than the sombre Modern Vampires…. It’s also flighty and so wide-ranging, at times it reads like a future compilation rather than the next step from a band now into their imperial phase. Alongside the exhilarating fresh twists, winning complements and bravura dynamics, there are also several disappointing bet-hedgers and some kitchen-sink curveballs that make you wonder if the band are just so pleased to be back in the saddle they’ve gone a bit giddy.

It seems a Kacey Musgraves show that Koenig and Ariel Rechtshaid – who share most of the production credits (with Batmanglij among the guests) – saw in 2016 was significant. Struck by the undisguised nature of her lyrics and the way that country pop speaks so directly, and to an identifiable audience, Koenig decided to try writing less opaque and more direct songs. Which explains “Hold You Now”, the album’s opening track and first surprise. It’s a straight tale about seizing the relationship moment, with Danielle Haim and Koenig trading verses as per country tradition and marries back porch acoustic finger-picking to pedal-steel guitar, with samples from Hans Zimmer’s choral “God Yu Tekem Laef Blong Mi” (from The Thin Red Line score).

Along with the terrific “Married In A Goldrush”, which again features Haim, it sits outside the record’s three general category types: mutant, Cali soul/R&B pop; a less collegiate take on their Paul Simon-styled classic pop, with inflections from calypso to highlife; and the kind of instant-grat art pop that’s a reminder of the band’s connection to peers like Animal Collective and Dirty Projectors (whose David Longstreth guests on perky first single “Harmony Hall”).

As a long-term fan of hip-hop, Koenig has often included homages, deep references or direct lifts in his songs but as he’s wryly noted of this release, “nobody wants to hear the Vampire Weekend trap album”. Instead, they’re paddling in the micro pool of west-coast, hybrid R&B/soul jams. As with the dreamily uncertain, DJ Dahi co-produced “Big Blue” – which vaguely recalls Kanye’s 808s & Heartbreak but borrows George Harrison’s weeping guitar and bungs in a choir – or “Unbearably White”, an understatedly lovely number that comes on like Bill Withers joining a minimalist Anderson .Paak. “Sunflower”, featuring The Internet’s Steve Lacy, runs along similar laid-back lines. By contrast, “Bambina”, “Stranger”, “We Belong Together” and “Rich Man” hark back to the bedrock Vampire Weekend sound, with peppy steel pans, parping horns and palm-wine guitar.

A couple of tracks in particular indicate Vampire Weekend’s obvious desire to change things up: “How Long” is a lurching and sparse, art-pop tune with finger clicks, upright bass and comical sound effects, but the real curate’s egg is “Sympathy”. A stew of spaghetti-western and mariachi music that moves at a gallop, it’s heavy on the shakers action and throws analogue shrieks and cries of “sissup!” into its mix. “I think I take myself too serious; it’s not that serious,” says Koenig in the intro, begging the question of whether he’s talking about life or art. Either way, Father Of The Bride is the sound of a band boldly vaulting their perimeter fence; that they snagged their pants  on the way over was perhaps inevitable, but is really no big deal.