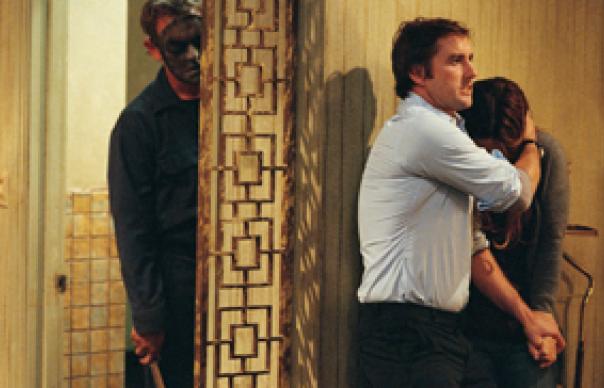 
It happens again and again: a talented European filmmaker gets rave reviews for a stylish and distinctive feature (in this case the Hungarian underground hit Kontroll), Hollywood swoops, and next thing you know he’s licking his wounds on the horror movie production line. Fortunately, director Antal manages to buck the trend – though by the skin of his teeth.

The first half is the strongest. David (Wilson) and Amy (Beckinsale) haven’t told anyone yet, but they’re on the brink of divorce and don’t make much effort to contain their loathing. Lost in the middle of nowhere and well past bedtime, they’re forced to spend the night in the kind of motel Norman Bates used to operate. David finds some videotapes by the TV.

By the time he realises these are snuff movies shot in that very suite, it’s already too late: the hidden cameras are rolling and there’s a killer at the door. It’s a smart set up, and the couple’s antipathy is actually quite refreshing (Beckinsale’s pursed fatigue is especially effective).

What happens next is neither original nor particularly credible, but it is intense and suspenseful. The least you can say, Antal has produced a taut, economical genre piece with a sliver of human interest. He deserves another shot.