Tori Amos – Tales Of A Librarian

Not so much a greatest hits as a musical autobiography, including new tracks and re-recorded B-sides 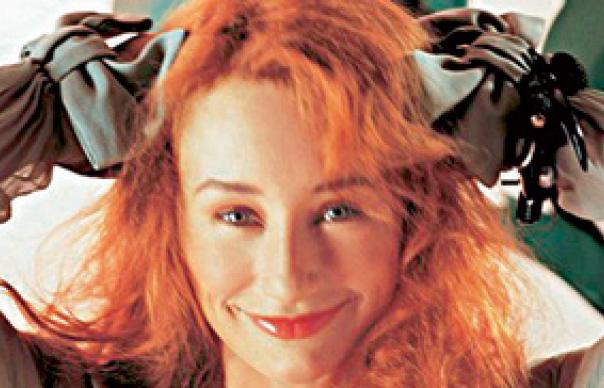 Drawing on her albums from 1992’s Little Earthquakes to 1999’s To Venus And Back, this collection tracks the numerous crests and vicissitudes of Tori Amos’singular singer songwriter career. She avoids the fatuous histrionics of an Alanis Morissette, the bland, beige warblings of a Dido and the entrapment of the celeb’n’chick brigade who dominate pop’s ‘post-feminist’ era (satirised here on “Cornflake Girl”). Rather, Amos’career has been a means of purging her most traumatic experiences, including a rape and a miscarriage, as well as scourging the multiple forces of patriarchy, from religion to not one but two George Bushes. These tracks have been refurbished and now gleam with a 21st-century sheen.

This is most conspicuous on “Precious Things”, from Little Earthquakes, whose brittle strings, scar-like guitars and pianos scampering—as if down mental labyrinths—are more pronounced here. “Winter” and “Crucify” are present, too, their too-pretty strings belying the burgeoning rage of the songs—though on the bleak, concussed a cappella of “Me And A Gun”it’s unmistakable.

Under The Pink (1994) saw Amos loosen up musically and gain in self-confidence, as the almost comical squeaks and stresses of the sarcastically solicitous “God”indicate. On 1996’s Boys For Pele she asserted her independence and myriad strengths further by engaging in a sort of musical dressing up, with the gospel chorus of “Way Down”and the volcanic, lustful eruption of the dance remix of “Professional Widow”, Tori turning predator. However, 1998’s From The Choirgirl Hotel was made under the cloud of a recent miscarriage and saw a return to a more open, vulnerable lyrical style on the self excoriating, honky tonk tinged “Playboy Mommy”. Still, she shrouded her songs in a richer musical weave, and the more contented To Venus And Back, represented here by “Bliss”, is bathed in the liquid metal of state of the art studio technology.

On Tales Of A Librarian, Amos has chosen to classify the track listing non-chronologically according to the Dewey Decimal System. However, this does work, as songs are juxtaposed thematically—”Angels”, one of two new compositions here, a bitter reflection on the recent Iraq war and the ‘patriotic’quiescence that allowed it, is followed by 1992’s “Silent All These Years”, the song adopted by the Rape And National Incest Network. Then, as now, Amos touches raw nerves like no other singer songwriter.