This long awaited live-in-the-studio album is too polished and polite to swagger. A missed opportunity, then... 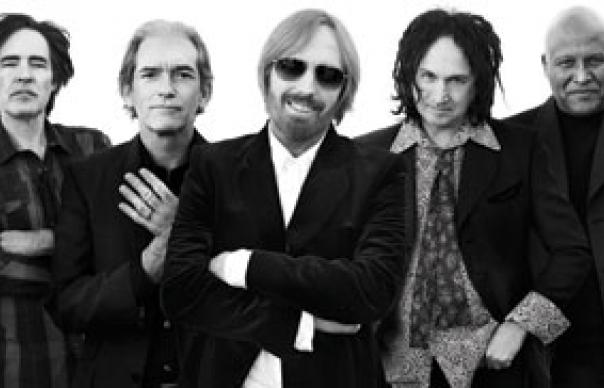 Nine tracks into Mojo, Tom Petty’s first album with The Heartbreakers for eight years, the band fire up a plodding blues groove, and Petty makes a confession: “I’m slowin’ down a little bit.” It’s an assertion which will, by this point, elicit little dispute from anybody who has been listening to Mojo from the top. Can this really be the same performer who fired up his career with the excellent Damn The Torpedoes, and that enduringly awesome eponymous 1976 debut?

On paper, this sounded promising. Petty and his Heartbreakers recorded Mojo live in the studio, no overdubs, no re-takes. The no-frills approach should have suited them, allowing the Heartbreakers to bring 35 years of mutual familiarity to bear on the instinctive rapport that first established them, in the late ’70s, as an audacious and refreshing bridge between traditional Southern rock and skinny-tied New Wave (“American Girl” didn’t sound out of place as a minor UK hit in the Summer of Punk).

Unfortunately, and rather ironically, Mojo is ultimately undone by the very virtuosity of its creators: the band stumbles repeatedly into that musicians’ trap of making music that sounds intended principally to impress other musicians, every note and beat buffed and synchronised with military fastidiousness. It’s never a good thing to find oneself thinking of a rock’n’roll album as decorous.

It starts promisingly, at least. “Jefferson Jericho Blues” is an irresistible opener, a pugnacious choogle in the style of Dylan circa Highway 61 Revisited. It’s a bit more polished than that, inevitably, but not oppressively so. Sadly, it’s an anomaly. The second track, “First Flash Of Freedom”, proves a more accurate indicator of the overall tone – an interminable meander evocative of The Grateful Dead.

There’s far, far too much of this sort of thing on Mojo: “Running Man’s Bible”, on which Benmont Tench’s luxuriant Booker T-ish keys don’t save another overlong cut from out-staying its welcome; “Pirate’s Cove”, which all but wheezes for the defibrillator; the dolorous “Lover’s Touch”, which prompts little but bewilderment that its inclusion was deemed necessary to a 15-track album; the inexplicable reggae pastiche “Don’t Pull Me Over”.

It’s not just that the above are all dull, it’s that they sound so timid, as if the Heartbreakers played them all on very expensive instruments borrowed from extremely possessive and vindictive owners. The overwhelming seemliness of the exercise is even more frustrating on the cuts – and there are a few – which do sound potentially worthy of the Heartbreakers’ formidable canon. “Candy” is an orthodox but charming Creedence Clearwater Revival-ish chug that barely musters a saunter where it should swagger. “No Reason To Cry” is a judiciously lachrymose country lament in the manner of The Flying Burrito Brothers’ “Hot Burrito # 1” – and Petty’s unmistakeable snarl is, as ever, oddly affecting as a vehicle for balladry. “I Should Have Known It” possesses something of the Heartbreakers’ signature strut, and gets very nearly rocking towards the end – but it still, if measured against “I Need To Know” or “Even The Losers” or “Running Down A Dream” or whatever you’re having yourself, seems somewhat… domesticated.

This is not the first time that Petty has prevented himself being all he can be by abasing himself on the altar of good taste (one of the major imperatives of the inventor of the time-travel machine must be to intercept Petty en route to his first meeting with Jeff Lynne). But it doesn’t feel coincidental that the truly great tracks on this album are the ones which are the least restrained: the distorted blues “US 41”, which sounds agreeably like it might have been laid down aboard a rattling boxcar; the fantastic “High In The Morning”, which purrs with idling menace and features great Mike Campbell guitar solos.

One supposes one has to grant that Petty will be 60 this year, but there’s surely no reason why he has to sound it. Mojo, in this context, mostly feels less like a title and more like the heading of a “Lost” advertisement.
Andrew Mueller