TOM PETTY AND THE HEARTBREAKERS – DAMN THE TORPEDOES 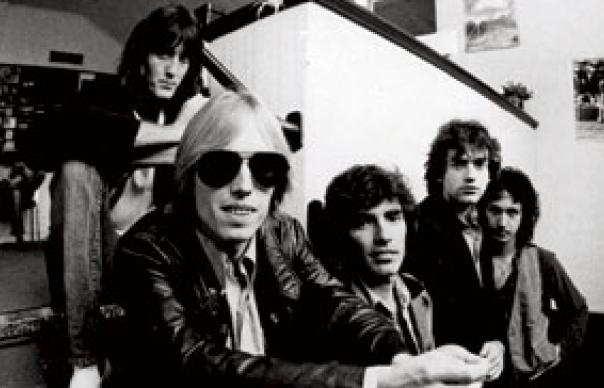 In Peter Bogdanovich’s recent four-hour doc on the career of Tom Petty, what was striking was not how much had happened to the man and his band in their nearly 40-year career, but how little. Or that’s how it seemed. This was a tale of arson, death, addiction, that featured Dylan and ex-Beatles members. Such was the laconic nature of the main interviewee, however, these major events and huge personalities were simply… taken in stride.

Petty seems to have approached his third LP, Damn The Torpedoes, in much the same way. Having signed, at the start of his career an onerous publishing contract, and having by 1979 come to learn the error of his ways, Petty that year took advantage of some prevailing corporate confusion at parent company MCA, declared himself bankrupt and won the right to renegotiate his contracts with his label.

His victory was legal and financial, and wasn’t perhaps “rock’n’roll”, but in terms of how Petty was perceived, it was a huge coup. Even if he wasn’t one quite yet, his display of intransigence was what one might expect from a major artist. It also helped consolidate in the imagination the persona Petty had presented in his previous recordings: a wry commentator, a reliable barometer of right and wrong. The man who had won this legal battle was also the narrator of the previous year’s “Listen To Your Heart”, deriding a love rival’s “money and cocaine…”.

Interestingly, though, Damn The Torpedoes, while sometimes perceived as a kind of “fuck you”, is nothing so simple as a hardening of musical position or outlook. Instead it stresses Petty’s complexity. Produced by Jimmy Iovine, it’s a bright, hooky and commercial FM rock record, but is also discernibly the work of a live band playing together in a room. For boomers beginning to lose faith, Petty was in 1979 a refuge from synths and hairstyles, and equally a major hitmaker on the cusp, a songwriter finding his multi-platinum identity.

On the extra tracks in this 2CD reissue, you can almost hear the oddness of the band’s proposition, as to a general bemused delight Petty and band burst into Eddie Cochran’s “Something Else”, live in London in 1980. This was a song that had recently been a hit for Sid Vicious – so what did that make Petty? Covert punk? Or curator of rock’n’roll heritage from the 1950s, to Dylan, Byrds and beyond?

Whatever, the original …Torpedoes, operates more on a gut level. Whether your tastes run to black metal or sampled birdsong, there can’t be many whose pulse isn’t quickened by the opening riffs of “Refugee”, and the swelling Hammond B3 of Benmont Tench. Songs like “Here Comes My Girl” or “Even The Losers” are boldly telegraphed rock songs, and even flirt with cliché. But the results make the risks worth taking: the playing is raw, the emotion likewise, Petty’s first person songs starting to take on a classic universality. As cool and detached as his songwriting persona had been on the first two Heatbreakers albums, the revelation that the third offers is intimacy. The opening lines of “Even The Losers” – “It was nearly summer/We sat on your roof…” creates a vignette of adolescent nostalgia so potent it seems to have been mined by every coming-of-age movie since. While Springsteen conjures the details of heartland America via an extensive libretto, Petty unshowily puts you right there.

Throughout, past rock modes are tuned-up, the album becoming reminiscent of a highly polished automobile with large fins. “Don’t Do Me Like That” – sonically a point between Steve Miller Band’s “The Joker” and “Centerfold” by J Geils Band – and “What Are You Doing In My Life” are both Jets and Sharks rock’n’roll numbers, but mint examples of the mode. “You Tell Me”, meanwhile, looks forward, its sly groove anticipating the mood of one of the biggest singles of the next year, Pink Floyd’s “Another Brick In The Wall”. For all the sheen, there’s a huge heart to these songs. As even Bob Dylan would discover, such a songwriter, with such a band, might be an asset in the coming 1980s.

If Petty’s songs are economical up close, so was his process – and that’s less good news for those looking for undiscovered gems in this deluxe edition. “Casa Dega”, a b-side, is here twice in alternate versions, and there’s a slightly leaden take of “Refugee”. There are three songs only from a London live show, which, geographically speaking, misses the point a little. This, after all, is the sound of an American band – and Damn The Torpedoes, for all the potholes in the road along the way, the sound of happiness hungrily being pursued.
JOHN ROBINSON