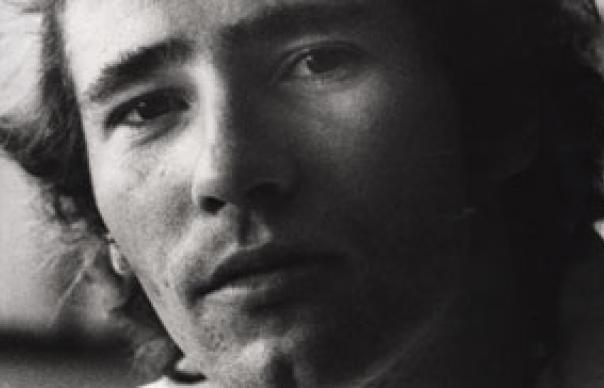 As time has passed, Tim Buckley has come to resemble an emblem for the watershed 1960s: restless, exploratory, inspired, fearless. Ever mercurial, Buckley’s truly outré efforts would come later – this is a man who despised pop formula. But his stunning, oft-overlooked 1966 debut stands as a dreamy, precocious requiem for its times.

Recorded in just two days by the 19-year-old songwriting visionary, Tim Buckley, like other early Elektra Records productions (especially, Love’s Forever Changes), is a kind of world unto itself. “Wings”, Buckley’s gorgeous, graceful debut single, is emblematic of the record’s magnetism; guided by baroque strings and Lee Underwood’s ringing guitar, it sounds like a compassionate inversion of Dylan’s “Like A Rolling Stone”. “But you will find your future is unknown,” Buckley swoons. “One day the questions rise/On wings of chance you fly.”

Elektra knew Buckley was something special, matching him with their hippest production team – Paul Rothchild and Bruce Botnick. Van Dyke Parks, fresh from a summer working with Brian Wilson on Smile, was brought in on keyboards; Phil Spector protégé Jack Nitzsche, recent collaborator with The Rolling Stones, co-ordinated strings.

But it’s Buckley’s otherworldly voice, a versatile, enveloping five-octave instrument capable of immense charisma and intense emotional stirrings – manoeuvering through complex mood shifts in the space of a breath – that make this such an auspicious, daring debut. Ostensibly a folk-rock album, oft-stereotyped as such, in truth Tim Buckley turns the fledgling genre inside out. Rather than merely commenting on the swirl of absurdities around him, à la Phil Ochs (though he did occasionally delve into that realm, as on follow-up record Goodbye And Hello’s devastating “No Man Can Find The War”), Buckley’s early songwriting is madly romantic, exploring a kaleidoscope of inner dialogues, with poetic flights of fancy exploring love, freedom, and, especially, what it means to be young.

There are some weaker links: the vengeful “Aren’t You The Girl”, while a showcase for Buckley’s soaring voice, is hardly deft songwriting; the by-the-numbers folk/blues “Grief In My Soul” is pure throwaway; and while “Understand Your Man” is a wily R’n’B bar-band throwback to his early band, The Bohemians. All are out of place here.

Yet the missteps and occasional overwriting can be discounted amid the album’s inventive playing and production, and its wistful, fragile beauty. The elegiac “Valentine Melody” and straight folk-rock “It Happens Every Time” are stellar, while the album’s masterworks – “Wings,” the hypnotic mythmaking of “Song Of The Magician”, and the madrigal “Song Slowly Sung”, harbinger of Buckley’s wild zigzags to come – clearly herald the arrival of a promising new artist.

This deluxe set, along with stereo/mono editions of the album, yields a dozen unheard demos by The Bohemians, plus a cache of acoustic tracks cut informally in summer 1966. The latter – intimate, fly-on-the-wall home recordings analogous to early Dylan bootlegs – strip away everything but voice, guitar, and sporadic poetry readings by co-writer Larry Beckett. A stately “She Is”, a fiery, atmospheric “I Can’t See You”, plus two numbers that didn’t make it onto the album proper – “My Love Is For You” and “Long Tide” – provide a fascinating, behind-the-mirror glimpse into Buckley’s transformation.

The lo-fi recordings reveal a bluesy, hard-rocking pedigree mixed with some tentative, four-square folk/rock; call it caveman Buffalo Springfield with a sprinkle of primitive Quicksilver Messenger Service. Buckley’s supercharged, R’n’B-style vocals are the focal point – dig that blood-curdling scream in “Won’t You Please Be My Woman” – but the band kicks up a storm as well. The songwriting is cruder, though transitional numbers like “It Happens Every Time” survived to appear on his debut. Others, especially the haunted “No More” and “Call Me If You Do”, are delightfully melancholic additions to the Buckley canon.
Luke Torn

Q+A The Bohemians and Tim Buckley bassist Jim Fielder
How did you hook up with Tim?
Tim’s family moved to Anaheim for his junior year so he was a transfer student at [my high school]. We had a few jam sessions and formed a group with Larry [Beckett] called The Harlequin Three. We would do instrumental backings for Larry’s poetry, songs by Tim and Larry, even skits. Very Beat Generation stuff.

Can you tell us about the Bohemians?
The Bohemians was really just The Harlequin Three with electric instruments. It was a natural extension at that time, right between The Beatles’ Rubber Soul and Dylan’s Highway 61… So we played a few high school sock hops and small clubs and culminated with the making of that demo in a piano showroom at the mall in Anaheim run by a German fellow who had the foresight to set up a quarter-track tape recorder.

How do you remember Tim Buckley?
Tim really hated it when things went exactly according to plan. I remember a time on tour with him in England. We had come back late at night to the hotel, a very proper British hotel in Kensington, all a little drunk and just trying to get to bed, when Tim spotted a fire-alarm pull on the wall. He got this gleam in his eye and we all knew. We were running for the exits when the bell began to ring.
INTERVIEW: LUKE TORN