The original rock parody; extras up to 11 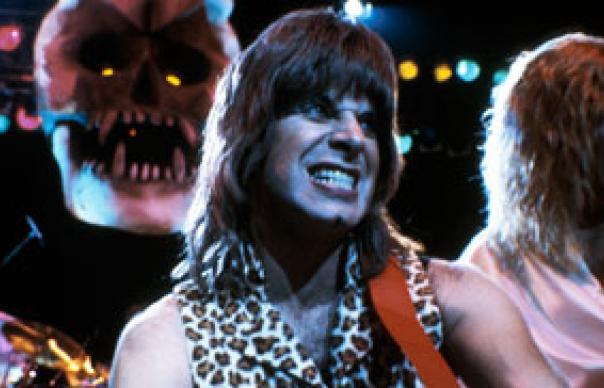 
Released 25 years ago, This Is Spinal Tap has endured precisely because it is not what it set out to be. Which is to say that a film conceived as a lampoon of the burlesque buffooneries of rock’n’roll ended up, by accident or design, being the purest reality about the genre, industry and lifestyle ever distilled. (The template has since been appropriated, with similar effectiveness, to allow The Larry Sanders Show, The Thick Of It and The Office to do the same, respectively, for television, politics, and work).

The wretched truth is that every band, of any variety, turns into Spinal Tap the second the bus pulls out of the hotel. Anybody who has spent any time in, or with, a rock group, will have been witness to at least one scene in This Is Spinal Tap happening more or less for real – and, if that has happened anytime in the last quarter century, of the pertinent moment in the film being swiftly quoted: you get lost backstage, you yell “Hello, Cleveland!”

And now there’s more – a lot more. This anniversary edition is laden with more than four hours of Extras. Remarkably – and unusually – most of the Extra material justifies its existence. The only weight that drags slightly is a clipumentary in which various musicians, comedians and Justin Lee Collins, take turns to state the obvious (although Eddie Izzard is onto something when he describes touring as “A school trip, with no teachers, and drugs.”)

Otherwise, the bonuses are astutely judged, especially an interview with Reg Presley, discussing the debt owed by This Is Spinal Tap to the long-circulated tape of a rancorous Troggs rehearsal, and the out-takes.

The editing of some of these from the – never overlong – original film remains baffling: the subtle chronicle of the procession of a herpes outbreak through the touring party, a brilliant talk radio appearance, and David St Hubbins’ excruciating meeting with his adolescent son – who, judging by the haircut, has been listening to rather a lot of A Flock Of Seagulls.

Plenty more of these discarded moments would certainly have become almost as routinely quoted as those that stayed, notably Derek Smalls supervising the creation of his cucumber phallus (“We have to make it more believable.

Credibility is what we’re going after here”), and reflecting on Spinal Tap’s legendary turnover of sticksmen (“We’ve been around a quarter of a century. We’ve only lost eleven or twelve drummers. That’s less than one every other year.”)

Another treasure, a television performance in which Mick Fleetwood bravely occupies the drumstool for “Big Bottom” confirms the film’s wholehearted adoption by those it was ostensibly caricaturing.

This Is Spinal Tap was neither the first nor last mockery of rock’s excesses. It was unusual, however, in that its satire was essentially affectionate, rather than vicious. It is probably for this reason that generations of musicians have enjoyed and embraced it, much as one recognises teasing by one’s friends as a gesture of love.