The Who – Endless Wire

The Who Two’s improbably urgent return. There’s another rock opera, too. 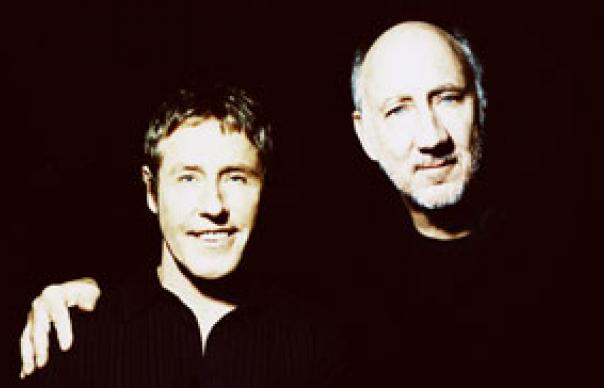 So here it is. Almost exactly 24 years since The ‘Oo’s last studio album (1982’s It’s Hard), Pete Townshend and Roger Daltrey have finally overcome their studio phobia and delivered a 19 track, 56 minute song suite comprising vaporous acoustic laments, nihilistic numbskull Who-rock and – naturally – a ten-song mini-opera. En route, there are enough thematic riddles and symptoms of mid-life malaise (they are both in their early sixties) to keep students of Who-ology in business for a decade. But there’s also a sense of closure, which suggests these grizzled veterans may finally have found a way of tackling their demons outside of the psychiatrist’s chair.

Not that The Who’s 11th studio album serves as some form of musical rapprochement. Despite all they’ve been through in the last few years, Endless Wire is – like all Who albums – Townshend’s record to the core; pretentious and portentous, but packed with spirit and a lacerating intelligence.

Things start briskly enough. Ushered in by an oscillating riff hijacked from “Baba O’Reilly”, “Fragments” is a thinly disguised call-to-arms for fans of Tommy to dust off their credit cards and worship once more at the altar of the powerchord. When the crashing guitars and strident holler of “The Mike Post Theme” follows shortly after (think “We’re Not Gonna Take It”), you can almost see Tommy Saxondale lighting up a spliff and saluting the “descending arpeggios reminiscent of autumn leaves”. So far, so good.

It’s with the Dylan-esque “Man In A Purple Dress”, though, that Endless Wire begins to get really interesting. Incontestibly about the media circus surrounding Townshend’s police caution for a single case of accessing child pornography in 2003, it’s a vicious sideswipe at those who used it to score points at his expense. “How dare you be the one to assess?/Me in this God-forsaken mess/You, a man in a purple dress!” rages Daltrey, touchingly, in Townshend’s defence, whilst the line, “Men above men/Or prats?/With your high hats,” should, at the very least, have them rolling in the aisles at Westminster Abbey.

There’s hope amidst the fury, too. “You Stand By Me”, sung by Towshend himself, testifies to the healing power of love whilst hinting at the humbling dark nights of the soul he surely suffered: “You take my side/Against those who lied/ Gimme back my pride”. It’s hardly laugh-a-minute stuff, but the schizophrenic drive which has seen Townshend morph from Barthes-quoting mod, to boiler-suited boffin, to good-natured host of his own website TV show, ensures tunes also come thick and fast.

Deep breath. The second half of the album consists of a ten song mini-opera entitled “Wire And Glass”, previewed in the summer on the similarly-titled EP and based on Townshend’s novella, The Boy Who Heard Music, that he published as a blog on his website last year. Tempting as it is to see “Wire And Glass” as an extra twist to the Gordian knot of the never-ending Lifehouse project (famously dismissed by Daltrey with the words, “Nah, won’t work -you’ll never get enough wire”) Wire & Glass instead deals with an apocalyptic vision of a “society strangled by communications” and sounds – thankfully – as though it could have been rescued from the cutting room floor of Quadrophenia.

“I fear the future as I take in the view/ Don’t know where to head to now,” gasps Daltrey on the storming “Sound Round”, whilst a thunderous “Pick Up The Peace” wouldn’t be out of place on the next Oasis album – if it didn’t segue, after a minute and a half, into a jaunty banjo-led jig called “Unholy Trinity’”. Exhausting and exhilarating in equal measure, it climaxes with “Mirror Door”, an utterly bonkers rollcall of the musical greats (“Johnny Cash and Johnnie Ray/ Amadeus and Ludvig Van/ Henry, Johann and the Doo-Dah Band”), before finally bidding us a very British farewell with “Tea & Theatre”. “Before we walk from the stage/ Will you have more tea?” None of it, for all the digital jiggery-pokery Townshend catalogues in the sleevenotes, sounds like it was written or recorded after 1974.

Despite all of this, Endless Wire doesn’t feel like some Life On Mars-style glitch in the time-space continuum. Having spent the last 20 years touring intermittently as a Greatest Hits cash-cow – even after the tragic death of John Entwhistle in 2002 – the over-riding sensation is of The Who Two and their cohorts (Pino Palladino on bass, Zak Starkey and Peter Huntingdon on drums, Townshend’s brother Simon on backing vocals, the faithful John ‘Rabbit’ Bundrick on keys) battling heroically to conjure up music that can match The Who in their pomp. Part exorcism, part quixotic attempt to raise the bar for rock’s modern day songwriters, Endless Wire serves as both an accomplished sonic full-stop for the band and a brave and necessary means for Pete Townshend to address his core audience in the wake of his brush with the tabloids.

Madly ambitious and deeply heartfelt, it’s a grand folly in the great tradition of Brish rock.