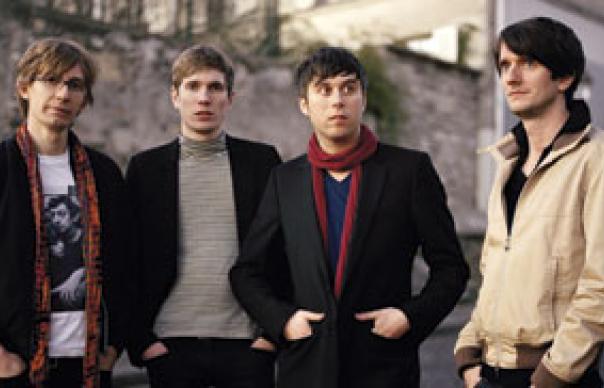 With salarymen anthems “22 Grand Job” and “Work, Work, Work (Pub, Club, Sleep)”, The Rakes established themselves as succinct urban chroniclers. The dapper East Londoners were evidently taught to write about what they know, but on their second album, this realist imperative becomes tiresome. It would help if Bloc Party hadn’t just delivered a far more brave and compelling study of young metropolitan angst, but The Rakes’ sallow sketches of commuter trains, casual sex and post-7/7 unease would be mundane under any circumstances. Previous hook-ups with grime MC Lethal Bizzle have failed to rub off and The Rakes’ wan post-punk guitars sound enervated. “We Danced Together” is the closest they come to indie-disco perfection, but largely, this one’s a case of nice threads, shame about the songs.