The Brooklynites set sail for the big time with their fifth LP... 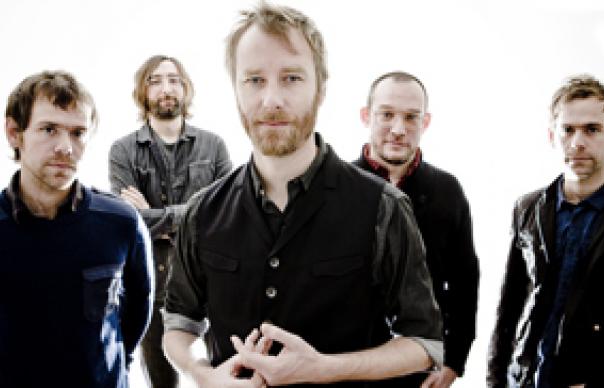 There is something anomalous, anachronistic, even quaint, about the career trajectory negotiated by Brooklyn quintet The National.

Twenty or thirty years ago, it wouldn’t have been that unusual. Rock group form, garner a modest following, acquire a respectable critical reputation, release a succession of increasingly accomplished and confident albums, finally penetrate the consciousness of that much-desired demographic of people who only buy two albums a year, and are hailed overnight successes about a decade after their first rehearsal.

It’s REM from “Radio Free Europe” to Document, and it doesn’t happen much, any more: record companies trying to survive until the end of next month tend not to make long-term investments, so you get one chance, now, maybe a chance and a half if you’re lucky. The National, a decade and some change and five albums into their career, have been very, very lucky – but then, as Matt Berninger and the brothers Dessner and Devendorf remind frequently on this (in every sense of the word) ambitious record, the good fortune is merited.

There is no doubt at all that The National believe that High Violet – their fifth album, and their first recorded in their own studio – represents their shot at the title. The National’s previous albums, especially 2007’s Boxer, have hardly lacked for widescreen soundscapes, multi-spired sonic cathedrals, and so forth – diffident, reticent indie rockers tend not to have their songs appropriated by presidential candidates, as Boxer cut “Fake Empire” was by Barack Obama.

Even in this context, however, High Violet represents a substantial jettisoning of whatever vestiges of self-consciousness might still have been preventing The National from daring to imagine themselves as platinum-selling arena headliners: this is emphatically not an LP conceived to flatter the vanities of a cult following. The opening track, “Terrible Love”, starts out as a scuffed-up, Mary Chainish take on the Velvets’ “Heroin”, but by the end of its four-and-a-half minute run time it has escalated into a monumental symphony embellished by thunderous drums and choirs of backing vocals. Though its evocation of the hypnotic furies of Joy Division remind of where The National are coming from, its suggestion of U2’s No Line On The Horizon is an unmissable signpost to where The National think they’re going.

It’s a fraught business, entangling with the epic. Get it right, and you’ve acquired the means to create a genuinely thrilling euphoria, the opportunity to redraw the wider culture on your own terms, and a license to print money.

At the peak moments of High Violet, The National are magnificent. The transatlantic lament “England” (“You must be somewhere in London,” croons Berninger, “You must be loving your life in the rain”) broods amid gloomy strings before erupting into the sort of ecstatic coda surely written in anticipation of being illuminated by the light of thousands of mobile phones waving to the beat. “Conversation 16” is as elegantly melancholy and mournfully melodic as any ballad by The Blue Nile, and promises the richly appealing prospect of large crowds of people singing along to the refrain “I was afraid/I’d eat your brains”. “Afraid Of Everyone” is the sort of allusive state-of-the-union address which REM regularly delivered in their commercial pomp in the late ’80s and early ’90s: to an ominously martial backbeat and a musical backdrop of angelic, half-sighed backing vocals, Berninger stumbles in his “shiny new star-spangled tennis shoes” through an America torn by the gravitational tug of opposed cultural poles (or, as Berninger has it, between “the young blue body and the old red body”). He gracefully avoids the amateur’s error of proposing a remedy: “I don’t have the drugs to sort it out,” is as good a response as any.

High Violet is, then, very much the sort of LP likely to prompt a certain degree of resentful harumphing from the sort of people who derive righteous satisfaction from liking a band before everybody else does. It won’t be much consolation to this tendency – nothing ever is – but for all the album’s rather thrilling jousting with hubris, quite a lot of High Violet is still very recognisably the work of people who play in jeans and sneakers (as opposed to the capes and embroidered robes that feel more appropriate to the grander moments).

Possibly ironically, however, it’s precisely these tracks that hobble High Violet short of giddying greatness: measured against the towering peaks of the record, they feel meagre. “Little Faith” aspires to the gloomy grandeur of The Cure circa Disintegration, but buries its hesitant melody beneath an oppressive arrangement. “Anyone’s Ghost” is a daubed-by-numbers exercise in gothic pop: it might have been the fourth single off any given Psychedelic Furs album. And the first single off this LP, “Bloodbuzz Ohio”, feels a copout: a potentially colossal rock anthem – never necessarily a bad thing – thrown away on a lyric which seems vexingly determined to be about nothing at all (Berninger is occasionally wrongfooted by the slenderness of the line that separates the oblique from the opaque).

High Violet is going to be huge, which is no problem whatsoever: it happens to far worse records all the time. But it isn’t all it could be, and nor are the band who made it, at least not yet. The National are still contemplating their potential like it’s a glowering sarcophagus retrieved from an allegedly cursed tomb, their excitement tempered with superstitious trepidation. They need to get used to the idea that they’re on the verge of doing what every band worth hearing dreams of doing – ie, mattering – and that they might well deserve to.
Andrew Mueller