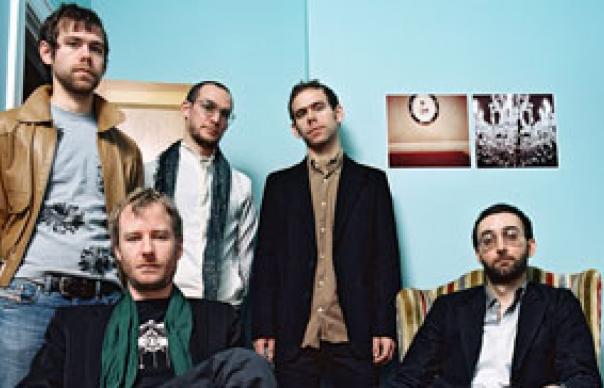 Relocate the Tindersticks or the Czars to the restless buzz of New York and you’re close to the sound of The National, who began to build a reputation as intense, hopelessly doomed romantics with 2001’s self-titled debut. By 2003’s Sad Songs For Dirty Lovers (partly helmed by Interpol producer Peter Katis and arranged by Padma Newsome, member of criminally-overlooked avant-classicists Clogs), people began to take notice – not least in these pages, where it nestled in our year-best shortlist.

With hangdog frontman Matt Berninger’s baritone somewhere between Jarvis Cocker and Leonard Cohen, and rich velvet tunes loaded with spite and self-loathing, The National were undeniably seductive. Music that many took to be studied self-pity, however, was suffused with narcissistic humour and deadpan shock tactics. Alligator, their new label debut, expands on both.

On “Karen”, for instance, Berninger pursues a relationship to escape his own lack of direction, and is faced with a truly disturbing potential father-in-law: “It’s a common fetish for a doting man/ To ballerina on the coffee table/ Cock in hand.” On the Bunnymen/Joy Division spiral of “Lit Up”, the self-deprecation extends to the music itself, “This sound I make/ That only lasts a season/ And only heard by bedroom kids who buy it for that reason”.

The band themselves – two pairs of brothers, Aaron and Bryce Dressner and Scott and Bryan Devendorf – judge it near-perfectly, delicately poised between liberty and restraint. Lyrically, “Val Jester” is the simplest thing here, but the swollen strings and circular arpeggios elicit a world of heartbreak on their own. With humming guitars to the forefront, there’s an anxiety forever threatening to simmer over into full-on paranoia. In this respect – even without the vocals – it could only be the product of a teeming metropolis.

It is Berninger’s fragile ego and his luxuriant words which dominate, though. “I’m a perfect piece of ass,” he proclaims in the shadowy strut of “All The Wine” (previously on last year’s excellent mini-album, Cherry Tree). And by the closing “Mr November” he is almost desperately upbeat: “The English are waiting,” he notes, as the deadline set by new label Beggar’s Banquet looms, “And I don’t know what to do/ In my best clothes/ I’m the new blue blood/ I’m the new white hope”. Remarkably, it’s no idle boast.