A fine mix of hymnal purity and barn-storming rock 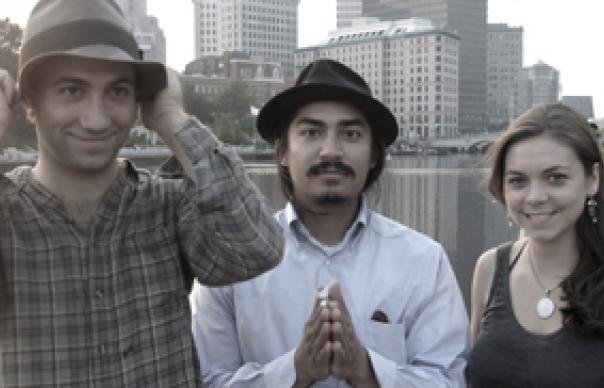 Ben Knox Miller and Jeff Prystowsky started making music together in 2003, when they were students at Rhode Island’s Brown College, and recorded their first album, which these days they are too embarrassed to mention by name, in 2006. The following year, still effectively a duo, they released What The Crow Brings, a showcase for Miller’s wordy and sometimes wonderful songs, touching examples for the most part of a bereft Americana – song titles like “The Ballad Of The Broken Bones”, “Bless Your Tombstone Heart” and “A Weary Horse Can Hide The Pain” are perhaps indicative of the album’s solemn drift.

What The Crow Brings was shaped by their immersion in America’s folk traditions, with occasional echoes of hillbilly gospel, rousing Appalachian devotionals like “Keep On The Sunny Side”, which is something you could imagine The Carter Family gathering on someone’s porch to sing, a homely crowd gathered around them, long-suffering and noble, giving voice to their own enduring presence in a climate of woe.

The music on What The Crow Brings was elsewhere more hushed, a series of slow dissolves, one song melting into another, with eventually not much variety in tempo or overall mood. It’s an event on the record when drums crash in, the occasional shards of electric guitar a welcome alternative to Miller’s largely murmured vocals and the sparse acoustic arrangements, intricate and lovely in almost every instance, but somewhat spun-out over the album’s 11 tracks.

Following the release of What The Crow Brings – which was widely appreciated by the people who heard it – Miller and Prystowksy, evidently keen to add to The Low Anthem’s musical palette, enlisted classically trained fellow Brown student Jocie Adams on a variety of additional instruments and, more recently, drummer Cyrus Scofield. The broadening of the band’s sound via their recruitment and the more ambitious subsequent tack of Miller’s songwriting contribute tremendously to the success of the album I’m writing about now, which was recorded over 10 chilly days early last year in a holiday cabin in out-season beach resort Block Island, near their Providence, Rhode Island base.

Oh My God, Charlie Darwin was originally released independently by the band last September, in a limited edition. They have since been signed in America to the estimable Nonesuch label – home, among others, to Wilco, Ry Cooder and Randy Newman. The LP, with an updated track sequence and remixed by Bob Ludwig, is out here this month on Bella Union, who clearly hope to repeat the success they deservedly enjoyed with Fleet Foxes, with whom The Low Anthem have several times been compared.

When you hear “Charlie Darwin”, this album’s opening track, it will be clear to you that the comparison is not without merit. Miller’s vocal delivery on What The Crow Brings was, as already noted, conversational, undemonstrative, as quietly reserved as vintage James Taylor, homespun.
He has a new voice here – two, in fact – and the first of them, a falsetto as sublime as Bon Iver’s Justin Vernon or Death Vessel’s Joel Thibodeau, brings a hymnal purity to “Charlie Darwin”, his voice, buoyed by softly lapping supporting harmonies, as pure as sunlight on glass, a thing of transparent beauty. Fans of Fleet Foxes are invited to swoon appropriately.

You expect that like Fleet Foxes’ “Red Squirrel – Sun Rises” that “Charlie Darwin” will define what follows, an overture, if that’s what you want to call it, to more of the luscious same. This holds true, perhaps, for the following “To Ohio”, a gorgeous ballad of bereavement, reminiscent of something suitably yearning by Paul Simon. But on the next couple of tracks, Miller’s second ‘new’ voice – a throaty roar that may for some recall the yee-haw Springsteen of The Seeger Sessions – is on full throttle on barn-burning rockers “The Horizon Is A Beltway” and a hollering cover of “Home I’ll Never Be”, a Jack Kerouac lyric set to music by Tom Waits, that shakes the walls with an unfettered ferocity predicted by nothing they have done. “Champion Angel”, later on the record, similarly has the raucous stomp of something like “Penn Station” or “Run Chicken Run” from The Felice Brothers’ recent Yonder Is The Clock.

In not entirely illuminating interviews about the new album, Miller has explained, not very clearly, that the songs here were inspired by his self-confessed ‘obsession’ with Darwin’s theory of evolution, particularly, it becomes clear, the notion of natural selection, the idea that only the strong survive, the weak, the infirm or otherwise incapable or defenceless pretty much condemned, left to hang in a turning wind. The album in
many respects grieves for these unfortunates, which, let it be said, includes most of us, the sorry majority of the world, not just the prematurely dead lover of “To Ohio”.

Just as the music has opened up since What The Crow Brings, so Miller’s songs have relinquished introversion for universality. “(Don’t) Tremble” is on the one hand an intimate pledge of loyalty to someone close and held in dear affection, but is also a hymn of reassurance to a wider audience, all of us in the same boat – literally so in the case of “Charlie Darwin”, which imagines a drowning world, returned to water, a few sodden souls cast adrift on a sea of sorrow. “Oh my God,” Miller sings in that exquisite falsetto, “life is cold and formless…” It’s a cheerless thought, shorn of hope, that what things have come to is this desolate chill.

The Low Anthem appropriately draw on the vast tradition of apocalyptic folk for “The Horizon Is A Beltway”, with its visions of skylines on fire and expiring flesh, and a sense of imminent catastrophe is in most instances prevalent here. “God Cage The Songbird”, for instance, sounds like something that might be sung by mournful voices, a grieving community gathered on a hillside, rain-swept, beneath glowering skies, the end a-coming.

“Ticket Taker”, arguably the album’s finest moment, is likewise a love song set against a backdrop of doom, “the sky about to fall”, the flood that precedes the plight described in “Charlie Darwin” on its torrential way, on a track that has the morbid cadence of something by Leonard Cohen, who along with Dylan and Neil Young, is a principal influence on The Low Anthem’s songwriting. The tickets being collected by the song’s titular narrator are, in fact, for a modern ark, salvation from the coming deluge available for the privileged rich, everyone else abandoned. The song plays out, finally, like a cross between “Powderfinger” and “Revolution Blues”, two key Neil Young songs. “Many years have passed in this river town, I’ve sailed through many traps,” Miller sings, “I keep a stock of weapons should society collapse…”

The album closes with a reprise of “To Ohio” – possibly superfluous given the perfection of the earlier version, but the only marginal misjudgement on an otherwise largely faultless album.