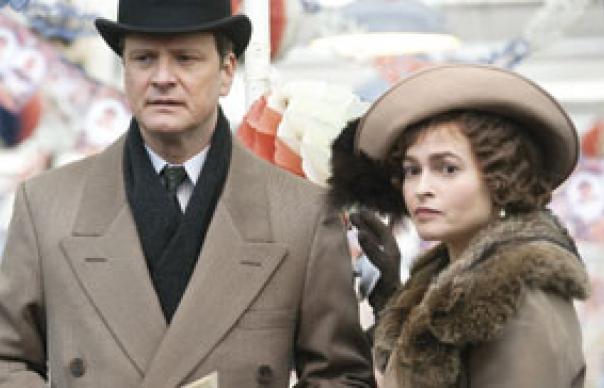 The King’s Speech arrives at a time when Colin Firth’s career has never been healthier.

Garlanded for A Single Man last year, he essays here a sympathetic performance as George VI.

As the film opens, he’s the Duke of York – a marginal royal, overshadowed by his overbearing father (Michael Gambon) and playboy elder brother Edward (Guy Pearce).

He suffers from a stammer – a considerable handicap in this new era of royal radio addresses – and as events push him closer to the throne, his wife Elizabeth (a feisty Helena Bonham Carter) engages unconventional Aussie speech therapist Lionel Logue (Geoffrey Rush) to help.

A bromance, of sorts, unfolds.

The players are as good as you’d expect and while this is clearly positioned as high-end heritage drama, it shows a keen wit.

Watching newsreels of Hitler at Nuremberg, the future Queen Elizabeth II asks her father what he’s saying. “I don’t know,” says King George VI. “But he seems to be saying it rather well.”
Michael Bonner