Las Vegas superstars head out of town for long, admiring look at The Joshua Tree 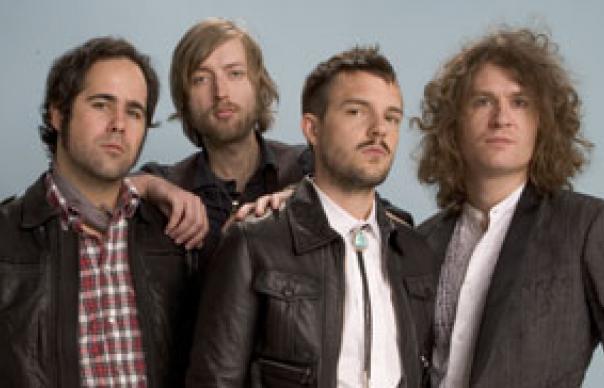 When they arrived on these shores in late 2003, the hype claimed that The Killers were the best British group in the world who weren’t from Britain. They were also the best ‘80s group in the world who weren’t from the ‘80s, but that’s beside the point. Because, somewhere in their meteoric rise from shy indie kids to Glastonbury 2007 headliners, The Killers became sick of the constant Smiths comparisons and looked towards home for inspiration.
Only America could have spawned a record like Sam’s Town. In the past, Brandon Flowers has expressed patriotic admiration for George W Bush, and Dubya’s gung-ho “bigger is better” mantra is present here from the moment the record roars into action. You can virtually smell the money – a flawless production by Flood and Alan Moulder makes sure the fretless bass, giddy synth rushes and spiralling crescendos are pushed to the fore. The result remains in the ‘80s, but Flowers now privileges a bigger and more ambitious vision of the decade: that of U2, Bruce Springsteen and Stevie Nicks’ wonderful Wildheart LP. “When You Were Young”, “For Reasons Unknown” and “My List” (which sounds uncannily like The Waterboys’ “The Whole Of The Moon”) are all songs to stand on cliffs and beat chests to, whereas the cinematic synth hum of “Read My Mind” covers the same terrain as Springsteen’s “Streets Of Philadelphia”.

The problem, though, is that size seems to be used here as an excuse for the lack of musical ideas. Along with Razorlight, The Killers’ bid for greatness involves aping their stadium-straddling forbears rather than exploring new paths. Instead of the era-defining classic the band claim, Sam’s Town works best as a ludicrous pop album (check “Uncle Jonny”’s opening gambit: “When everybody else refrained/My uncle Jonny did cocaine”). “Why Do I Keep Counting” even wobbles into Meatloaf territory, with an ending that lasts several weeks. Perhaps it’s best to forget authenticity and experimentation and merely enjoy the preposterous show. After all, if you believed they were Britain’s best band in 2003, what’s to stop you thinking they’re the best band in America this time around?