The Jesus And Mary Chain – The Vinyl Collection 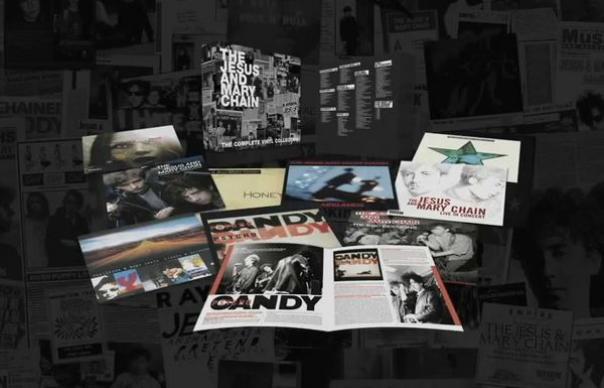 When it was introduced in the early 1980s, the CD promised “perfect sound forever”, a claim as much about its robustness as its sonic superiority over vinyl. Still, at the heart of the current revival is the conviction that vinyl sounds infinitely better than a CD – less shrill, artificially loud and uncomfortably compressed, far warmer, more intimate and with a stronger perceived connectivity. On the evidence of The Vinyl Collection, it’s hard to disagree.

Released to mark The Jesus And Mary Chain’s 30th anniversary, The Vinyl Collection is a limited-edition box set that features their six studio albums, remastered and pressed on heavyweight vinyl, plus one double LP of BBC Sessions, a live album and an LP comprised of B-sides and rarities voted for by fans – all packaged with a 32-page hardback book. Sumptuous presentation aside, it’s the sonics that matter and JAMC are a pretty strong argument for the merits of vinyl grain over CD gloss. Their 1985 debut, Psychocandy is certainly worth revisiting in all its cavernous, shrieking, feedback-sprayed glory, its application of the Phil Spector sound to a mix of the Velvet Underground’s art-pop ennui, ’60s girl group romance and the savage noise of The Stooges delivering a triumphant classic. Almost its equal is the drum-machine-driven Darklands of 1987. As the title suggests, it’s shrouded in gloom, but these meteorological metaphor-heavy songs pack an alluring, surf-guitar twang and a hooky pop punch, that returned a Number Five chart hit.

Automatic – which features the almost comically cranked drawl ’n’ swagger of “Gimme Hell” – marks a turning point in 1989, after which JAMC’s sound fell victim to the law of diminishing returns, while their studied air of detached cool was increasingly at odds with the energy of Pixies, Mudhoney, Nirvana et al. Sporadic flares like “Reverence” somehow saw them navigate the jangle and chug of Honey’s Dead and the overlong, electro-acoustic and wash-y Stoned & Dethroned, featuring Hope Sandoval and Shane MacGowan, before their last gasp – 1998’s frankly unmemorable Munki.

The BBC Sessions for John Peel and Janice Long, two random live UK recordings from the 1990’s (why?) and the necessarily mixed bag of fans’ favourites are for completists only, although happily, the latter includes nail-on-blackboard debut single “Upside Down” and its Syd Barrett-penned flip, “Vegetable Man”. Yes, the highlights of The Vinyl Collection are heavily front-loaded, but fate, not format is responsible for that.
Sharon O’Connell