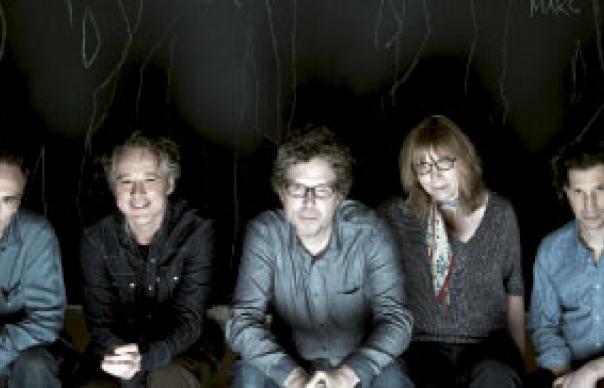 The Jayhawks always were a band out of time. Appearing in Minneapolis at the same time as The Replacements and Hüsker Dü, they eschewed their punk and British rock influences, and arrived – by accident, almost – at a lush, country-influenced sound in which the key ingredient was harmony, and the way the voices of Gary Louris and Mark Olson blended. It was a sweet-and-sour confection with an aftertaste of melancholy, which has hard to categorise. The rock classicism at the heart of The Jayhawks’ sound meant they didn’t quite fit with what later became alt. country.

Some caveats, then, about the significance of this band revival. Hardcore fans – and virtually no-one else – will be aware that Olson and Louris reunited in 2008, for the fine Ready For The Flood album. It captured perfectly the sweet sadness of The Jayhawks, and showed the qualities which departed when Olson split 16 years ago. (A certain folk sensibility and a dose of wistfulness to sweeten Louris’ melodic acid). This, though, is the first reunion of the band’s full lineup, with bassist Marc Perlman, Karen Grotberg on keyboards, and drummer Tim O’Reagan (who only overlapped with Olson for eight months).

After Ready For The Flood, Mockingbird Time feels dense, and somewhat cluttered. Neither does it pick up where the band left off. 1995’s Tomorrow The Green Grass boasted a pop sensibility; it had “Blue”, and “Miss Williams’ Guitar”, which were hits in another world (not this one). Now, with Louris producing, The Jayhawks seem to have all-but shed their country influences, and what remains is a dark, neurotic rock sound, and songs which eschew traditional structures in favour of a maelstrom of harmonies, Beatles strings and pernickety picking. The Jayhawks were always old souls, but here, in the dark eddies of “Black-eyed Susan” or “High Water Blues”, they sound merely weary.

In one sense, the tempestuous mood is logical. Previously, The Jayhawks were an amalgam of Bob Dylan and The Beatles. Now, they carry echoes of late-period Byrds: pretty folk harmonies one minute, psychedelic torpor the next. “Guilder Annie” has it all, being a folk strummer with a plaintive pedal steel and a gorgeous melody which is punctured suddenly by a squall of neurotic guitar. More simple, and more immediately appealing, is “She Walks In So Many Ways” which laces a coil of regret through a classic Byrds’ 12-string harmony.

Echoes of The Beatles are still evident, of course, not least in the strings which threaten to overwhelm the opening tune, “Hide Your Colors”, though the song’s sentiment just about survives thanks to an adhesive chorus. “Closer To Your Side” is similarly adorned – the strings are joined by a micro “Eight Miles High” guitar break – but it succeeds, thanks to the urgency of Olson’s vocal.

But repeated plays do bring rewards. The penultimate song, “Pouring Rain At Dawn” is a sweet lament, lightened by a shuffling rhythm and some gentle country guitar, in which the lyrics are oblique enough to remain mysterious beyond the obvious sense of love, and some regret, being expressed in a complicated affair. The title track is a joyous love song, which gloriously celebrates a moment of recaptured innocence.

But the stand-out is “Tiny Arrows”, a six-minute meander along dusty desert highways. It’s a soaring gospel blues which reveals its bewildered charms in cinemascope. As in all of this group’s best songs, there is a play-off between hope and despair, in which resilience just about carries the day. What is new is the nagging sense of lost time. That thought should stir the The Jayhawks’ second wind. Onwards and downwards. And upwards again.
Alastair McKay