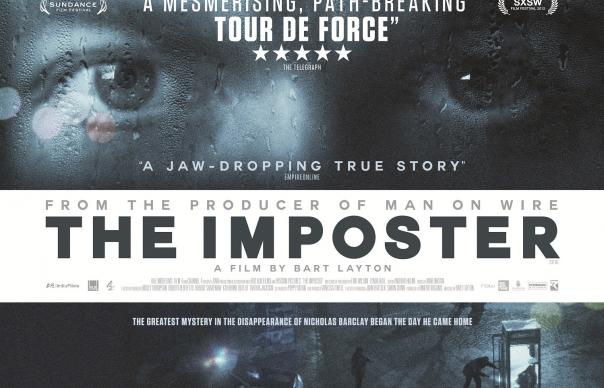 In 1994, 13 year-old Nicholas Barclay went missing from his home in San Antonio, Texas. “It got to the point where you know you’re not going to find him alive,” says his elder sister, Carey. “You just want to know what happened to him.” Miraculously, though, three years later the Barclays learned Nicholas had been found alive in a children’s shelter in Linares, Spain. Once he had been brought home, it became apparent something was deeply wrong. Firstly, the fair-haired Texas boy seen in photographs and home movies had returned sporting peroxided hair, a swarthy five o’clock shadow and a prominent French accent. Secondly, no one in the Barclay family seemed to notice these troubling discrepancies.

Bart Layton’s film – a confident mix of talking heads, re-enactments and home video – unspools as an unusual piece of American Gothic, growing beyond the immediate family themselves to involve the state’s child protection agency, the FBI and the American news media. Nicholas, we learn very early on, is in fact a 27 year-old French Algerian called Frédéric Bourdin, a serial imposter who breezily admits, “For as long as I remember, I wanted to be someone else.” Layton asks, why did the Barclays accept Bourdin is their missing son? Was it because, in their grief and desperation, they simply wanted to believe Nicholas was alive? Or were there other more sinister motives at work here?

The arrival of Charlie Parker, a jovial Texas Private Investigator in a white linen suit who looks like he’s walked out of a Coen brothers film, steers the film into full-blown noir. Much of the fun here is working out whether Layton is being as tricksy as Bourdin as he drip-feeds information to the audience. Are we being fooled, just as the Barclays were?
Michael Bonner