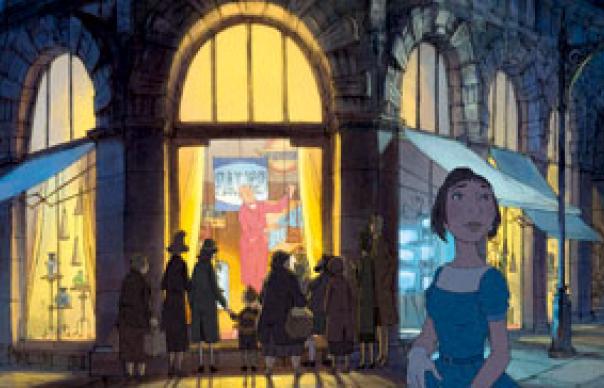 Chomet’s follow-up to the lovely Belleville Rendez-Vous is a melancholy animation of an old, semi-autobiographical script, unearthed by Jacques Tati’s daughter.

Chomet repoints the story, setting it largely in Edinburgh.

The tale follows the paternal friendship between Tatischeff, a fading magician, and Alice, a teenage girl in 1959, as the brash promises of rock’n’roll are about to wash away the naïve charm of the music hall era.

Plot and character are slight, and the film has the manners of a silent picture.

But this magical Edinburgh dream is a thing of beauty and some sadness.

Every frame is a work of art, whether Chomet is highlighting real-life landmark the Barony bar, or sending a cool breeze through the yellow gorse of Salisbury Crags.

Listen too for music by Malcolm Ross, once of Josef K.