The Eagles – Long Road Out Of Eden

Legendary L.A. band shows no sign of rust on first studio album since 1979 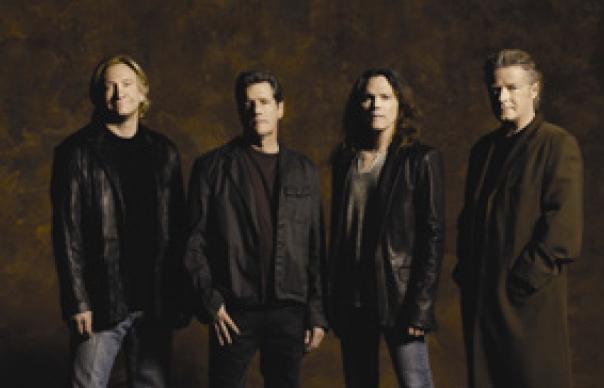 The standard-bearers of L.A. rock’s second wave, The Eagles were a streamlined hybrid of proven rock strategies. Their records combined the rich vocal harmonies and jangly guitars of the Byrds, Jackson Browne’s intimate confessionals and Randy Newman’s acerbic character studies – all put together with the painstaking precision of Steely Dan.

Their first studio album in 28 years, Long Road Out Of Eden spreads 20 tracks over two CDs and 90 minutes, and amply demonstrates how this plan continues to serve them well. The elements that made the Eagles America’s biggest band – hooky, articulate songcraft, impeccable lead vocals and stunningly tight harmonies – have certainly not atrophied over the long hiatus.

Taking a systematic, unhurried approach, the band reintroduces the cast – Don Henley, Glenn Frey, Joe Walsh and Timothy B. Schmitt – over the first six tracks. There’s a harmony-showcasing opener, a quintessential country rocker and then a track apiece featuring each of the four frontmen. They then wheel out the heavy artillery, eagerly returning to their primary subject matter – “Trouble in Paradise”, as their pal J.D. Souther once put it.

The first major piece, the metaphorical “Waiting In The Weeds”, turns on the interplay of diminishing expectations and lingering hope in the autumn of life. Frey’s “No More Cloudy Days,” boasting a gorgeous melodic hook, forms its bittersweet companion piece. Henley wheels out his soulful falsetto for the punchy, super-compressed “Fast Company”, setting up the thematic payoff of the first half, the Schmitt-sung “Do Something”, an inner dialogue that functions as both a romantic lament and a cry of sociopolitical distress.

Amid symphonic grandeur, the 10-minute title epic works its way to outright rage at the latest vestige of American imperialism. Henley’s lyric veers dangerously close to the overly literal verbiage, but he recovers with the pithy proclamation, “all the knowledge in the world is of no use to fools.” They continue the critique with the clever “Frail Grasp On The Big Picture” and the overly obvious but admittedly catchy “Business As Usual”.
This could have been edited down to an all-killer single album. Nonetheless, there’s something involving about the languid pace of the whole thing. That band’s ambition is intact is remarkable – that they’ve made an album that captures the zeitgeist is maybe even more so.