The Clash – Live At Shea Stadium 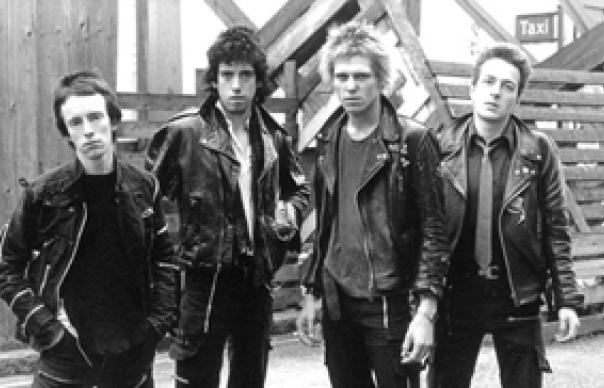 Great live albums are remarkably thin on the ground. Too often the victim of dodgy sound, a patchwork of performances or post-production trickery (take a bow, Live & Dangerous) they’ve earned a reputation as pay-days rather than offerings of recorded greatness.

All of which means that the handful which have passed the test of time occupy a rareified position, etched onto the consciousness like rock’n’roll’s equivalent of Mount Rushmore: James Brown Live At The Apollo, The Who’s Live At Leeds, Johnny Cash At Folsom Prison. No surprise to discover then, that The Clash – always rock’s greatest self-mythologisers – seem to have had their eyes trained on that final vacant slot. The only problem being, how to get there?

Recorded on the 13th October 1982 – and only discovered by Joe Strummer while packing for a move – Live At Shea Stadium does everything in its power to display The Clash as iconic world-beaters, captured in their pomp. It was here, after all, that the Beatles asserted their domination of America in 1965. No matter that The Clash were actually supporting The Who on the night in question – a bit like finding out Live At Leeds was actually a Jethro Tull gig – or that subsequent single “Rock The Casbah” barely dented the US Top 40.

The gig itself is a cracker. Introduced in characteristically bullish fashion by band consiglieri Kosmo Vinyl (“We ain’t got no baseball/ We ain’t got no football/But what we ‘ave got is a little bit of what’s going on in London at the moment…” ), Live… is, amongst other things, a consummate lesson in how to win over an audience. Opener “London Calling” is clipped and brutally precise, a squalling “Police On My Back” an early assertion of the band’s rebel credentials. If a spiky “Tommy Gun” and a bristling “Career Oppourtunities” serve as reminders of their garage band roots, all spindly guitars and flailing drums – courtesy of a re-instated Terry Chimes – neither seem out of place thanks to Glyn Johns muscular production job.

Throughout, Joe Strummer works this vast crowd with a showman’s relish. Teasing, bullying, and ultimately demanding that a stadium full of seventy thousand Who fans sign up to the Clash’s militant boogie, he’s the undisputed star of the show, engaging a crowd preoccupied by the fact that it’s bucketing down with rain. “You’ll find that if you move, you won’t get rained on so much” he teases at one stage, while a segue of “Magnificent Seven” and Willie William’s “Armagideon Time” comes complete with an ad lib in-flight commentary: “We are going down to Jamaica everybody, so hold on., fasten your seatbelts, extinguish all reefers!”.

Even when he indulges in an age-old call and response routine during “Working For The Clampdown” it’s done with an off-the-cuff wit Bono couldn’t conjure up in a month of Sundays: “So we take seventy-two thousand guinea pigs, and we put them inside Shea Staditum and we let it rain. And then we turn up the sound system…”
Exhilarating as Shea Stadium is – and it’s a mandatory purchase for Clash fans – there will be some who might argue that this most anthologised of bands hardly need another volley of tickertape thrown in their direction. However, the sheer diversity of The Clash’s musical influences make this feel like a landmark release. Channelling punk, hip-hop, rock’n’roll, dub, Algerian rai and beat poetry nto forty nine minutes isn’t easy, yet the band manage it with a consummate ease barely compatible with such a high-octane live show.

Maintaining such intensity over any length of time is another thing. Like all great bands, The Clash were acutely aware that their career wouldn’t last forever, and a sense of the clock ticking is palpable throughout. “That must be about twenty five minutes by now!” splutters Strummer halfway through “Magnificent Seven”, determined that not a second of their assault on the American mainstream should go to waste.
If their subsequent disintegration -torn apart by the warring factions of Jones and Strummer –can be heard in the wildly eclectic mix of their musical ammunition, their influences (ESG, The Sugar Hill Gang, Carte De Sejours, to name but three) also makes them sound uncannily contemporary.

Smart, cocksure and as cosmopolitan as New York itself, Live At Shea Stadium deserves a place amongst the greats.