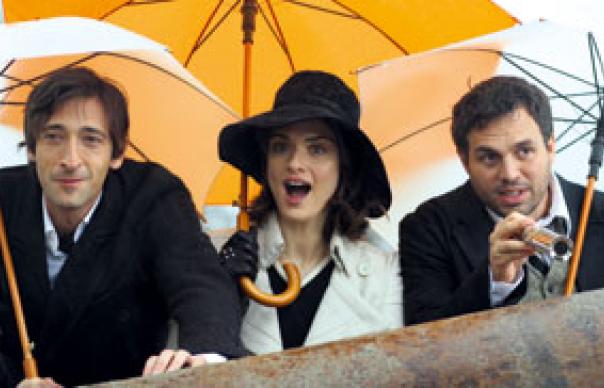 From the opening scene, with its arch voiceover about two orphaned brothers in a “one-hat town”, Brick director Rian Johnson tries to imbue this yarn with the warped logic of a fairytale.

Iit’s a caper, with the emphasis on character, rather than the con. That’s no easy trick. But the characters are appealing. The conmen brothers, Bloom (Adrien Brody) and Stephen (Mark Ruffalo) are sketched from childhood to mid-thirties, by which time Bloom is wearying of his brother’s schemes.

After a lifetime of pretence, he doesn’t know who he is. He signs on for one final job, to con bewildered millionairess, Penelope (Rachel Weisz) out of her fortune. Robbie Coltrane, smoking a pipe, enlists them to steal a book that may not exist, from a museum, which does.

Amid much globetrotting, Bloom grows sadder as Penelope grows happier. The Brothers Bloom is inventive, but its relentless cleverness limits its emotional pull.