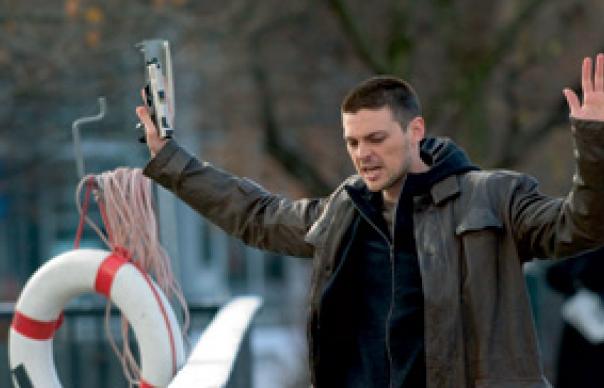 Matt Damon is probably the unlikeliest action hero since Nicolas Cage, who, in Sean Penn’s famously gruff assessment, gave up acting for the multiplex dollar. But in The Bourne Identity, Damon was perfectly cast as an amnesiac CIA assassin, the product of a covert programme intended to produce invincible, utterly dehumanised killers – astonishingly lethal, absolutely without conscience.

Damon is again the eponymous franchise hero, now living in anonymity in Goa, where he’s haunted by flashbacks to a past that refuses to assume a clear narrative. He can only remember fragments, most of them violent. His otherwise idyllic isolation is noisily interrupted when a Russian hitman turns up to eliminate him. At which point the film takes off, and doesn’t stop for as much as a breather for the next couple of hours.

Directing duties fall to Paul Greengrass, the British film-maker responsible for the outstanding Bloody Sunday – much of whose raw energy and gritty dynamism is deployed here to often shattering effect. The Bourne Supremacy goes by in a brilliant blur. It’s one extended chase, basically. But who’s chasing who? The Russian mafia are in the thick of it, so too rogue elements of the CIA, for whom Bourne is an expendable embarrassment, a loose cannon who may yet blow the doors off their infernal skulduggery.

Greengrass directs the thing like his life depends on it, the movie hurtling forward with relentless momentum and a serrated rhythm that pins your attention to the screen. The particularly vicious set-to between Damon and an erstwhile CIA colleague now determined to take him down is, meanwhile, simply the best thing of its kind since Sean Connery and Robert Shaw went at each other with fabulously bone-breaking gusto in From Russia With Love.