The Blues Accordin’ To Lightnin’ Hopkins

Intimate portrait of a legendary bluesman... 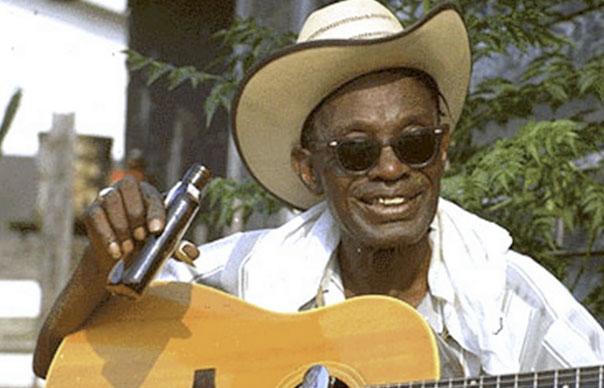 Intimate portrait of a legendary bluesman…

If you were a blues enthusiast in California in the middle 1960s, your university was the Ash Grove. Part music venue, part instrument shop, coffee bar and ideas factory, it gave rise not only to musicians like John Fahey and Canned Heat, but also to film-makers like Les Blank, who, fired up by his enthusiasms set about documenting American folk culture. After a film on jazz musician Dizzy Gillespie, Blank arrived at the blues, and Sam “Lightnin’” Hopkins, then a 55 year-old roué biding his time in rural Texas.

Although initially keen on the idea, Lightnin’ Hopkins soon tired of the process of documentary film-making. After playing ten songs for Blank and his camera, after only one day’s filming, Hopkins ordered Blank back to California. Whereupon, with the camera off, the men began playing cards. Blank lost, and lost again. The more money he lost to his subject, in fact, the more Hopkins began to see the virtue of keeping the young documentarian around.

As a hard luck streak, Blank’s was fortunate indeed. Over the next six weeks, his potential as an easy mark saw him spend what we would now call unguarded, “all access” time with the country blues performer, as he drank, played music (with his cousin Bill Bizor and his near-neighbour Mance Lipscomb), and spun tall stories. Blank’s is documentary film-making in the most naturalistic sense possible. There’s no attempt to contextualize. What we experience instead is a brief immersion in the bluesman’s life, and it’s a compelling thing to watch.

Along the way, intercut with scenes in which he visits his home town, plays and sings with his friends, has a few drinks at a local rodeo, Lightnin’ attempts to answer a fundamental question: what in essence, is the blues? Anyone, he assures us, can have the blues: over money problems, or a woman leaving. He also draws a link between church music and secular blues music finer than any academic could hope to. It’s about how one deals with one’s problems and one’s mortality. “It’s about eternity,” Hopkins says.

All of which, as told by the bibulous, charismatic musician is fascinating and hugely enjoyable to hear. For all that, it’s still Blank’s movie. Having gained Hopkins’s confidence, he was rewarded with intimacy, which he portrays in an enjoyably non-linear way, with Hopkins’s rambling anecdotes cut to unguarded shots of the singer fishing, or killing a snake, or to footage of local people just living their lives. As a fantastic scene of Hopkins playing at a bar-b-q stand makes abundantly clear, to be a blues musician in 1967 did not mean you were a person apart, but rather right in the middle of the community, the music you were playing not dead, but in fact very much alive.
JOHN ROBINSON