THE BEACH BOYS – THE SMILE SESSIONS

The unfinished symphony, in five formats, with a wealth of extras... 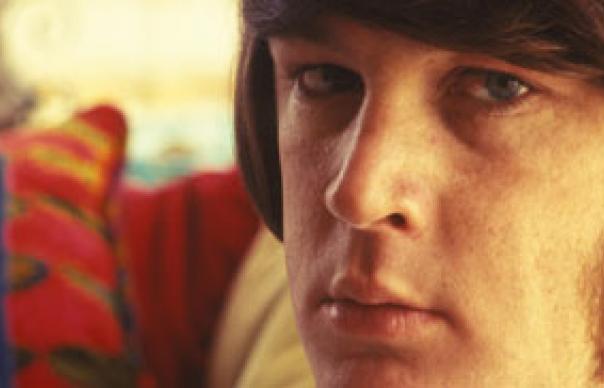 So here it is: such stuff as dreams and bootlegs are made on. Brian Wilson’s unfinished symphony was in production at the same time as Disney’s The Jungle Book. It finally emerges, with a little CG assistance, in the same year as Pirates Of The Caribbean: On Stranger Tides. Preposterously late, The Smile Sessions fits into no present-day category, context or franchise. How could it? Wilson’s carnivalesque music and Van Dyke Parks’ flabbergasting libretto share a sophisticated naïveté, a corny profundity, unrecognisable in the world today.

Greet the morning, sunny side up (“I’m In Great Shape”), rustle up some breakfast (“eggs and grits and lickety-split”), and sally forth, hat tilted at a carefree angle. This isn’t the hip 1966 humour of Lenny Bruce; it’s the broad, big-boned comedy of Oliver Hardy. Laughter breaks out in a cantina. A red-faced man throws away a candy bar and eats the wrapper. A swanee whistle – the whoopee cushion of musical instruments – romps goofily alongside fruity clarinets and marimbas. Smile was envisaged as an LP that would make the population grin; but it was also an odyssey on a vast scale – a journey both coast-to-coast and backwards in time – so you might meet a widower talking proudly of his kids (“head to toe, healthy wealthy and wise”) or a family of 19th century Midwesterners bemused by the railroad (“Who ran the iron horse?”) cutting through their meadows. Wilson’s genius was that he could turn the mood from burlesque to eeriness, and then back, without undermining his concept. A key passage begins with a baroque ballad for harpsichord (“Wonderful”) and ends in some of rock’s most aristocratic wordplay (“Surf’s Up”) with vocal harmonies so resplendent that ships should be named after them. But phantoms live here. Wilson’s piano chords (“Look”) are peculiar, disturbed by their own shadows. A key metaphor (“the child is father of the man”) recurs. Inside the belly of Smile, in the heart-land of America, the humour has gone awry.

The 24-year-old Wilson was unable to complete Smile, and at 69 he’s unlikely to be much help in an editorial capacity. Mark Linett and Alan Boyd, two experienced Beach Boys producers and archivists, deserve serious credit for The Smile Sessions. They’ve assembled a plausible, honourable, 19-track, monaural Smile, tracing an arc from “Our Prayer” to “Good Vibrations”, via “Cabin Essence” and “The Elements: Fire (Mrs. O’Leary’s Cow)”, deviating only slightly from the roadmap of the acclaimed Brian Wilson Presents Smile (2004). Picking and choosing from the original session masters, Linett and Boyd’s 49-minute ‘approximation’ (their word) of the cancelled 1967 album dominates all five formats of The Smile Sessions – 1CD, 2CD, 5CD deluxe box set, vinyl and download.

The five CDs in the deluxe box, like the four in The Pet Sounds Sessions (1997), take a forensic look at the music’s inner workings. Arranged chronologically for each song or section – for example, a track might be listed as “My Only Sunshine: Part 2 (Master Take With Vocal Overdubs) (2/10/67)” – these stereo discs are packed with isolated verses, choruses, inserts and overdubs, allowing us to eavesdrop on the intricate draughtsmanship of Wilson’s creation; virtually every bar of it. On CD2, we watch “Heroes And Villains” advance episodically in structure between October 1966 and June 1967. It seems to mushroom in ambition before our eyes. On CD5, devoted entirely to “Good Vibrations”, we scrutinise the song’s mind-boggling architecture for 79 minutes. Do 24 versions of “Good Vibrations” become repetitive? Less than you’d think – you get used to Hal Blaine clicking his drumsticks each time the musicians stop and restart. “It feels like you’re way behind the whole thing,” Wilson admonishes the flutes. “Try to get that quarter-note feel as perfect as we can.” Partly because the Smile sessions ended so sadly with Wilson’s breakdown, the bittersweet moments tend to come when he’s marshalling his troops, sounding confident and focused. Then again sometimes he’s alone (“Surf’s Up 1967 Version”, CD1), or in smaller groups, shepherding them through “Wonderful” (CD3) or “Wind Chimes” (CD4). Progress can be slow. “Carl is having a big hang-up at home and says he’ll be late,” someone butts in.

When Carl and the others are present, it’s illuminating to witness them honing their vocals. They struggle at first with “Our Prayer”, a fiendishly tough piece, false-starting like Spinal Tap at Elvis’ graveside. However, CD1 has an eight-minute montage of their vocals from various sessions, which could be bottled and sold as an amazing new psychoactive drug. Fans unwilling to pay £120 for The Smile Sessions (it includes a double vinyl LP, two 7” singles and a 60-page book) should consider the 2CD edition, featuring the mono Smile, eight bonus tracks and 63 minutes of highlights from the box (“Our Prayer”, “Heroes And Villains”, “My Only Sunshine”, “Cabin Essence”, “Surf’s Up”, “Vega-Tables”, “The Elements: Fire”, “Cool, Cool Water”, “Good Vibrations”). Retailing at £11, it’s a top-value, bang-for-buck, pragmatic alternative. Wilson, meanwhile, releases an album of Disney tunes this month. For him, clearly, the magic has never faded.
David Cavanagh