Teddy Thompson – A Piece Of What You Need

The son also rises. A great, Orbison-inspired piece of work 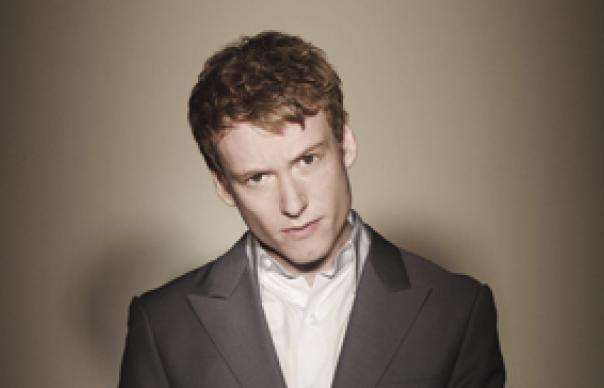 On his self-titled debut in 2000, Teddy Thompson, then 24, came off as a smart-pop tunesmith and vocalist on the order of Crowded House auteur Neil Finn, further refining his skill sets on 2004’s Separate Ways. But here he’s going for something grander – A Piece Of What You Need is the most delectable Roy Orbison-inspired LP since Chris Isaak’s 1985 debut, Silvertone, but this record is way less slavish. Like Orbison, Thompson has located the connective tissue linking rock’n’roll, stone country and pure pop, and he’s made one of the year’s most captivating and musically impressive LPs.

He couldn’t pull it off, obviously, without a golden voice. On tracks like “The Things I Do”, “In My Arms” and the magnificently operatic “Slippery Slope (Easier)”, the wan melancholy that sometimes diffused the emotiveness of Thompson’s singing on the his first two albums is blown away like dead leaves, as he powers through the boldly cantilevered choruses he’s written for himself. Likewise, he bites into the prime meat of rockers “What’s This?!!” and “Can’t Sing Straight” like a guy coming off a two-week spell on the wagon. There’s nothing half-assed about this.

Much of the credit has to go to producer Marius de Vries (Björk, Neil Finn), whose vibrant and ultra-dynamic settings are as perfectly calibrated to this artist’s chara cter as was his work on Rufus Wainwright’s Want One in 2003. de Vries’ touches are audacious but never gratuitous, like the punched-up segues of “In My Arms” from the surging chorus hook to his cascading Wurlitzer break to some falsetto oohs. The preface of the Ray Davies-style character study “Jonathan’s Book” evokes a melodramatically purple Bernard Hermann film score before hanging a left down Penny Lane. The outro of the exhilarating rocker “Can’t Sing Straight” sees the brassy blast of a Dixieland band improbably appear, jumping atop the chugging groove like hobos throwing themselves into the box car of a moving freight train.

The provocative “Turning the Gun On Myself” finds Thompson entering the heady, iconoclastically urbane terrain of Randy Newman, and opens with the narrator sitting by the window of his New York apartment as the sounds of “Rapper’s Delight” waft up from the street. The he camera angle then rotates to reveal the gun in his hand and the “What if?” look on his face. As the lyric darkens to take in the lethal uses to which he could put the weapon without moving from this very spot, the arrangement gets increasingly buoyant, culminating in a happy-go-lucky whistle from de Vries.

For the most part, Thompson’s vocal tone resembles that of his mother in its honeyed richness, but on the title track, he locates the tangy bile that has distinguished his father’s. When he pushes hard on his vocal, you can hear the bloodlines coursing. The venom in his voice is rooted in the marvelously agitated lyric, an indictment of lowest-common-denominator contemporary music that progressively widens its attack to take in the entire dumbing down of modern-day consciousness in an impassioned update of the Stones’ “You Can’t Always Get What You Want”: “Let’s stop getting everything we want/And get a piece of what we need…”

The hidden track, a cover of the Everly Brothers’ “The Price Of Love”, cries out to be unhidden, because it’s a killer, romping along with the slap-back resonance and bristling humanity of Plant and Krauss’ Raising Sand. Thompson clearly has a thing for Everly codas considering that he hid “I Wonder If I Care as Much”, a duet with Emmylou Harris, at the end of his first album and tagged “Take a Message to Mary” onto Separate Ways. His roots run deep, and he never forgets it.

Teddy’s Richard and Linda’s son, for God’s sake – how could he not be gifted? Indeed, he’s been making high-quality music all along. But this is where the kid really comes into his own. If he keeps this up, Thompson’s lineage will recede from the start of any conversation about him to become no more than an intriguing footnote.

UNCUT: Were you musically influenced by either or both of your parents?

TEDDY THOMPSON: Not consciously, but the English folk roots run fairly deep. I did some writing with my mother on her records, and I can feel it there, and I love that music. But it’s in the blood rather than in the mind.

With this album, do you feel like you’ve finally moved out of the looming shadows of your legendary parents?

Everybody wants to kill their father and sleep with their mother – that Oedipal thing is in all of us – the thing that makes you want to break out and step over your father and become the man. But I have much stronger feelings in the direction of enjoying the folk tradition and playing with my family. So I don’t feel like I have to kill my dad just yet.

The title song is the closest you’ve come to your dad’s signature barbed social commentary.

The song is a microcosm of our disposable lives in general; the idea of trying to make something a bit more solid and worthwhile. I can be English and self-deprecating and say it’s just another record, but I feel the need to take myself more seriously these days, and not be afraid to say that this is a good, solid, important piece of work, and that we should all be trying to do better pieces of work, and you should all love it!