South Park creators tackle the War On Terror, via puppetry. 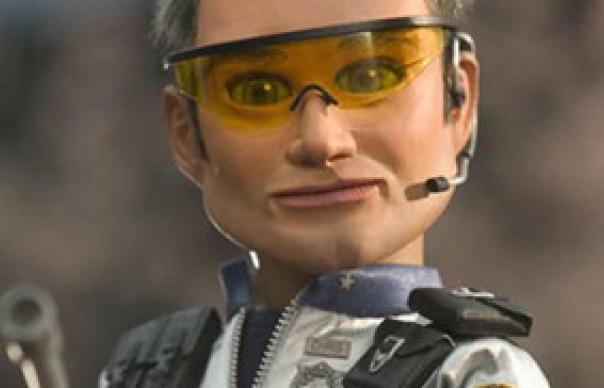 How do you get your average multiplex-going Joe to consider the dangers of imperialism? By following a portly polemicist around with a camera? Bo-ring. To really rouse the rabble, you need explicit sex between puppets. You need to utterly destroy Paris in the first scene. You need to have a sequence where Sean Penn and Danny Glover are torn apart by panthers, and Hans Blix is eaten alive by sharks. You need to be Matt Stone and Trey Parker – indisputably the funniest film-makers currently working in the world today.

In their first marionette-based feature, the South Park creators reduce America’s War On Terror into an ’80s-style high- concept action movie. Terrorists from Durkadurkastan, supplied with WMDs by Kim Jong-Il, will destroy civilisation unless stopped by Team America. New recruit Gary is a rising Broadway star whose skills are essential to infiltrating Kim Jong-Il’s organisation, but his first mission, which sees the Sphinx, Great Pyramids and most of Cairo collaterally destroyed in a car chase, shocks him so much he leaves the Team. Sean Penn, Alec Baldwin and the rest of the Film Actor’s Guild (FAGs) call for their disbandment, Michael Moore suicide-bombs their HQ, and they’re captured by Kim. Can Gary save them? Only once he works out whether he’s a pussy or a dick. That’s the film’s gung-ho message: pussies hate dicks because they fuck everything up, but it take s a dick to fuck an asshole.

The surprise is, this is a proper film. Parker and Stone make you care who wins the fights – even when it’s just two puppets flailing at each other – and bring things to a genuinely thrilling climax, albeit one that begins with a gay puppet blowjob and ends with Kim Jong Il impaled on a German helmet. Of course, in between the musical numbers and deliberately misguided speeches it’s mainly gay jokes, Arab jokes, shit jokes, Korean jokes, murder and swearing, but if that offends you, by the film’s logic, you’re a pussy. If you unironically cheer on the towelhead-bashing, you’re a dick. And if you write an open letter to the Drudge Report, you’re an asshole. As Sean Penn wrote: “It’s all well to joke. Not so well to encourage irresponsibility.” You’ll make your own mind up, while laughing. A lot.