Swans – To Be Kind

Another set of pulverising epics from Michael Gira... 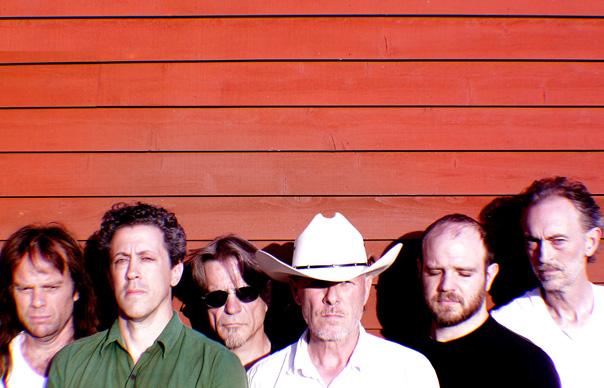 Another set of pulverising epics from Michael Gira…

In 2006, when asked about the possibility of a Swans reunion, Michael Gira was unequivocal. “Absolutely not, never,” he announced. “Dead and gone. I have more interesting things to do.” It certainly looked that way. Since Swans’ dissolution in 1997, Gira had found new, rather hippyish kin in the shape of Akron/Family and Devendra Banhart, whose early albums he released on his label Young God, and was himself making new and worthwhile music with Angels Of Light, a project rooted in a more narrative, acoustic folk idiom.

This was all a long way from early ‘80s Swans albums like Cop and Greed, grinding and assaultive noise symphonies forged in the white heat of New York’s no-wave scene. But for Gira, there was something beautiful to Swans. While writing for a new Angels Of Light album, Gira noted a recurring theme, of “the narrators’ desire to dissolve, or be subsumed – to completely disappear into something greater than themselves.” In the end, they didn’t function as Angels Of Light songs, but they were something – and with that, Swans’ 2010 comeback, My Father Will Guide Me Up A Rope To The Sky.

When discussing Swans, Gira returns over and over to this sense of numinous, quasi-religious sublime. Certainly, scale, a sense of hugeness, seems key. Like its predecessor, 2013’s The Seer, To Be Loved clocks in around two hours, with one of its 10 songs, the 34-minute “Bring The Sun/T’oussaint L’Ouverture”, feeling like a mini album in itself. Still, much like, say, Can or The Grateful Dead, Swans only really hit their stride when sprawling out. The band currently exist as a seven-man ensemble, with veterans like guitarist Norman Westberg and drummer Thor Harris, and as with Swans albums like 1996’s Soundtracks For The Blind, there is some intricacy of instrumentation here: “Screen Shot” and “Nathalie Neal” build shimmering lattices of lap-steel and dulcimer, mandolin and harpsichord, vibes and bells. But these are not delicate symphonies. Nor do Swans jam, or employ anything as rhythmically complex as syncopation or tricky time signatures. Instead, these songs roll in like dark clouds, heave and grunt like a galley slave under the lash, or beat relentlessly, like a forehead hammering against a wall.

It is much to Gira’s credit that he manages to make such music not just tolerable, but gripping. “Just A Little Boy (For Chester Burnett)” is a dedication to one of Gira’s oft-stated influences, the bluesman Howlin’ Wolf. It is grotesque, a sinister swing daubed with squalls of electric slide, Gira gargling “I’m just a little boy!” to chilling canned laughter. “Bring The Sun/T’oussaint L’Ouverture”, titled in honour of the revolutionary leader that freed the slaves of Haiti, rides over four mighty crescendos. In one of the valleys, we hear the hammering of nails and the whinny of horses, Gira roaring “Liberte! Egalite! Fraternite!” Here and there, it grooves: see the hobbled lurch of “Oxygen”, or the strutting “A Little God In My Hands”, which periodically erupts in a squall of horns and synthesizer.

Yet as the name suggests, To Be Kind does feature a quality hitherto rare in Swans: that of tenderness. Seven of the 10 songs here contain the word love, and there is a clear feminine presence. On “Some Things We Do”, Gira and Little Annie duet huskily over Julia Kent’s sinister, suspended string arrangement: “We heal, we fuck, we pray, we hate/We reach, we touch, we lose, we taste…” St Vincent sings backing vocals on four tracks, most notably the protean sensuality of “Kirsten Supine”, while on the closing track, we hear Gira in something close to romantic bliss, “in a bed, painted blue, touching you…”

Like Jim Morrison and Iggy Pop, Michael Gira belongs to that rare category of rock frontmen, the visionary. But whereas Morrison’s route to transcendence was through debauchery, Gira’s is in feats of extraordinary discipline. If Iggy, meanwhile, was to come out now with a song of the calibre of “She Loves Us”, a malevolent mantra born up on a chant of hallelujahs, it would constitute one of rock’s greatest returns to form. This is all a way of saying that, 32 years on from Swans’ formation, Michael Gira is not only still moving forward, but making some of the albums of his career. It only remains to be seen where Swans go next.
Louis Pattison

Q&A
Michael Gira
When you were interviewed while touring The Seer, you were talking about writing ‘tender’ music…
Exactly, that’s “To Be Kind”. It’s a song written for my fiancée, actually. But whatever I’m doing, whatever I’m reading, whatever I’m watching, it all goes into the records. When I am blessed with a subject or a string of words that go together and feel coherent, I get down on my knees and lick the ground in gratitude. For me, it isn’t an easy thing to write. Subject matter isn’t really an easy thing for me to control. I find it builds gradually over the course of the record.

Is “Just A Little Boy (For Chester Burnett)” about Howling Wolf?
It’s not about him, no. I just kind of felt he was there with me as I was singing it. I don’t know what those words are, except me reaching back into this inner child place, which is not a sweet place necessarily. I noticed when I was singing, I was doing what the Wolf did, a bit – reaching into this unbridled ID. And he did some really stupid things on stage, as did I. He’d do things like get down on the floor, get under some woman’s skirt, and go like, a-woooo! So I dedicated it to him.
INTERVIEW: LOUIS PATTISON