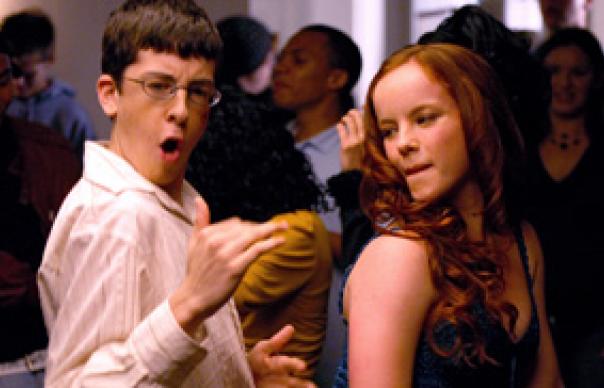 Yes, we have been here before: hormonally maladjusted teenagers embarking on a night they hope they’ll never forget. We’ve seen that comedy, too close to home probably, and most likely we’d rather draw a veil over the farcical humiliations that transpired. Scripted by Knocked Up star Seth Rogen and Evan Goldberg and produced by Judd “40-Year-Old Virgin” Apatow, the spectacularly lewd Superbad follows the misadventures of three geeks entrusted with laying in the booze for a high school graduation party – a responsibility that hinges on nerdy 18-year-old Fogell (Christopher Mintz-Plasse) passing himself off as a 25-year-old Hawaiian organ donor known only as ‘McLovin’.

Things don’t quite go to plan. Instead McLovin spends the evening cruising with two disturbingly party-hearty cops (Rogen and Bill Hader), while his buddies attempt to boost some beer without getting their heads blown off. Along the way there’s much lurid speculation about the opposite sex, a close encounter with menstrual blood, and a momentous parade of cartoon dicks… Think American Graffiti meets American Pie at the crossroads where John Hughes meets John Landis. Much like adolescence itself, it’s embarrassingly funny, a bit spotty, and over all too soon.