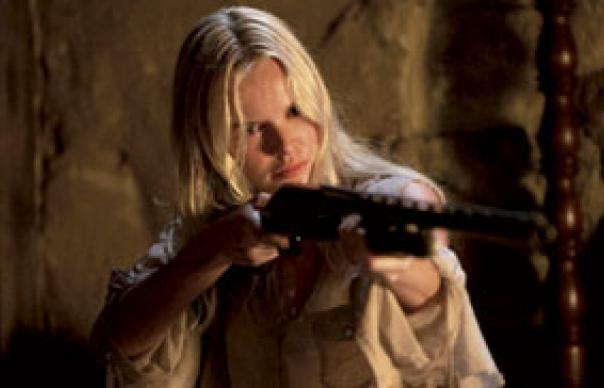 Lurie’s remake is likely to provoke only indifference.

The action has been shifted from Cornwall to the Deep South.

Instead of Peter Vaughan’s patriarch, we have a violent ex high school football coach (James Woods), and instead of Dustin Hoffman’s US academic we have James Marsden as an LA screenwriter.

Kate Bosworth takes the Susan George role as the young bride returning home and inciting unholy passions in the locals.

As a thriller, Straw Dogs holds together reasonably well.

The siege of the farmhouse is expertly choreographed.

The rape scene is as uncomfortable to watch as its predecessor.

Lurie makes the same point as Peckinpah, namely that, when survival is threatened, even the most civilised types have a primal capacity for violence.

But, 40 years on, the shock factor has gone.
Geoffrey Macnab