Heavy Traffic! A self-chosen set, over four CDs and 45 years... 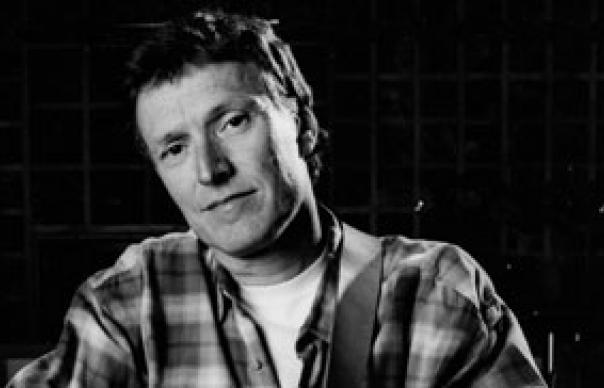 Once, his pad was very messy and there were whiskers on his chin. Nowadays Steve Winwood is a 62-year-old institution, a collaborative buddy of Christina Aguilera (“Makes Me Wanna Pray”) and an eternal hero to the baby-boomers for his intrepid voyages with Traffic (1967–74).

A world-class musician and singer, Winwood became one of pop’s business-suited success stories in the ’80s (“Valerie”, “Higher Love”), when his yearning tenor challenged Robert Palmer and Huey Lewis for Radio 1 airtime, and his videos rivalled A-Ha and Peter Gabriel for hi-tech complexity. And some Traffic purists have yet to forgive him for it.

Winwood has always been an unusual combination of grandee and underdog. He can appear a rock establishment figure one minute, a puckish outsider the next. When you think who his contemporaries were – Mick Jagger, Van Morrison, Ray Davies – Winwood is all the more eccentric for being low-key, a man almost virginal in his lack of controversial opinions or personality disorders. He’s often been described as ageless. You could go further, as Keith Richards once did, and call him faceless. He’s sometimes seemed a backroom boy in his own superstar career.

Revolutions: The Very Best Of Steve Winwood, a 4CD box set which Winwood himself has compiled, consists of 58 tracks that plot a (mostly) chronological course through the last 45 years. There is a surprise straight away. Winwood has squeezed most of his solo work on to one disc (the third), loading the first two discs (and part of the fourth) with no fewer than 29 selections by Traffic – including four from their 1994 reunion album, Far From Home. Question: is Winwood having a love affair with Traffic, or a fit of insecurity about his recent solo albums? Certainly, About Time (2003) and Nine Lives (2008) were widely acclaimed, the latter almost charting Top 10 in America. It is represented here by just one track, “Dirty City”, an atmospheric mean-street blues with an Eric Clapton guitar solo. It would have been nice to hear more.

Revolutions begins in mono, and in Midlands dancehalls, with the sound of a 16-year-old Winwood singing in a voice close to Motown while creating ecstatic energy surges on a Hammond B-3. The Spencer Davis Group’s biggest hits kick us off (“Keep On Running”, “Somebody Help Me”, “Gimme Some Lovin’”, “I’m A Man”). For added value, here is the boy wonder singing a negro prison song about “workin’ on the railroad for a dollar a day” (“This Hammer”). If that sounds implausible, here he is holding down a series of insanely overloaded organ chords (“Waltz For Lumumba”) like Martin Rev in Suicide.

Then comes the move to stereo, and to Traffic. Winwood once aptly characterised Traffic as a “ragamuffin groove” band. Full of weightless, cross-pollinating rhythms, their music was a bubbling goulash of jazz, folk, Latin, soul, African percussion and Big Pink spiritual ensemble-rock. They began as four Englishmen in a Berkshire Downs cottage, but along the way they acquired a French-Ukrainian, several Americans, a Ghanaian and a Jamaican. Winwood played keyboards and guitars, and had such stunning mastery of his vocal cords that he could emotionally inhabit a 16th century murder ballad (“John Barleycorn”), a whimsical pop 45 (“Paper Sun”) and a pronouncement of unwieldy surrealism such as “the thing that disturbs you is only the sound of the low spark of high-heeled boys”. In the middle of this Traffic forest we stumble on a three-song interlude by Blind Faith, Winwood’s 1969 supergroup with Clapton and Ginger Baker, which disintegrated after one album. Under-produced but worth listening to, “Can’t Find My Way Home” is Blind Faith at their woody, witchy best.

The third disc of Revolutions is the tricky one, and not just because Winwood has crammed 31 years into 74 minutes. From his first solo album, the muso masterclass Steve Winwood (1977), he includes only the African-tinged “Vacant Chair” – a foretaste of “Biko” and Graceland to come – before whisking us straight to his next album. Arc Of A Diver (1980) was Winwood at his most self-sufficient (he played every note) and it retains a metaphorical power – a reaching-for-greatness quality – as well as a feeling of smooth, funky sophistication. Winwood clearly likes it, too, selecting four songs. What a musician! His fretless bass on “Night Train” is a supple feat of pulse and swing; the slo-mo synthesiser scene-setting on “While You See A Chance” is like the sun glinting on the windows of skyscrapers as day breaks. The only slight caveat (or perhaps an enticement) is that Winwood has re-recorded “Spanish Dancer”. The new version is brisker, with touches of flamenco, and is sung with Weller-esque gruffness.

As it dons the fashions of the mid-’80s, disc three becomes harder to love. Winwood fell into the perennial jazz fan’s trap – blandness – and some of the synthetic noises that passed for keyboards and drums in those days (“Freedom Overspill”, “Back In The High Life Again”) are frankly ghastly. It’s a relief to encounter the subtle shades of “Different World” (from About Time), an inspired confluence of Donald Fagen, Talk Talk and Four Tet. The fourth disc (which confusingly starts again in the ’60s) features a bit more of About Time, notably Winwood’s cover of Timmy Thomas’ “Why Can’t We Live Together”, audaciously arranged as a cha-cha-cha. Imagine Santana’s “Oye Como Va” with a socio-political message. It’s terrific.

As a career retrospective, however, Revolutions proves as elusive as its subject matter. It’s much too Traffic top-heavy to be truly representative, and Winwood ought to have gone for a better balance by choosing two tracks from some Traffic albums rather than five. A word of caution, too, about the remastering: while it definitely gives a lift to Blind Faith, it’s too bass-y for some Traffic tunes, and the haunting ballad “No Time To Live”, particularly, sounds badly distorted.

Finally, anyone wanting a more concise Winwood anthology should note that Revolutions is also available as a single CD, with its Traffic quota substantially reduced and nothing from About Time at all.
David Cavanagh