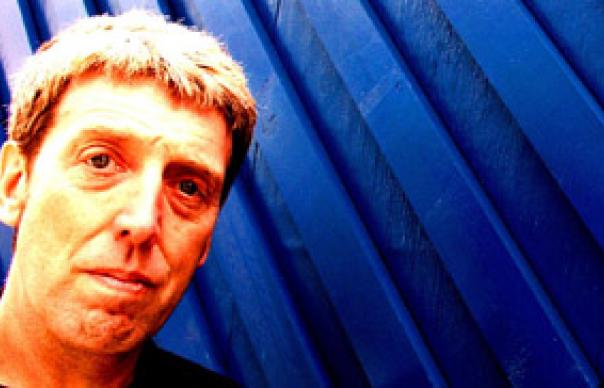 In the 1970s, Steve Hillage was simultaneously a cult guitar hero wowing huge crowds at festivals like Deeply Vale and a straggly-bearded symbol of everything that punk reviled. In 1976, the year of “Anarchy In The UK”, Hillage had his numbers mixed up and was flying 1967’s freak flag high on L, which featured covers of The Beatles’ “It’s All Too Much” and Donovan’s “Hurdy Gurdy Man” (this reissue adds an “Eight Miles High” remake done with kindred spirit Todd Rundgren). With his Hendrix-like ditties about “Electrick Gypsies” and slick virtuosity, it’s hard to think of an artist who’s been more hopelessly out of synch with the zeitgeist.
Yet now that our sense of pop time and historical sequence is utterly jumbled thanks to retromania and downloading, it’s easy to decontexualise Hillage’s music and salvage what’s good about it.

The clean separation of the production on 1975’s Fish Rising might have seemed clinical at a time when the “cutting edge” was Dr Feelgood recording their debut in mono, but nowadays that kind of CD-friendly gloss and filigree just sounds normal. The guitarist’s flashy pyrotechnique is frequently a thing of sheer splendour. And Hillage could be lyrical when he toned down the quicksilver-nimble acrobatics and went into meander mode.
There’s plenty of that on Fish, whose aqueous textures and aqua-utopian concept pick up where Hendrix’s “1983… (A Merman I Should Turn to Be)” left off. Another thing that’s striking about Hillage’s music by the time of 1977’s Motivation Radio is its sheer funk, the hot rhythm section of Joe Blocker and Reggie McBride shimmying and strutting on a par with the Blockheads.

There’s also a sense in which Hillage wasn’t behind-of-his-own-time but actually way in advance. A synthesiser fan since his Gong days, he employed three keyboard players in his live band, including girlfriend/creative partner Miquette Giraudy. On Motivation’s “Searching For The Spark”, the arpeggiated synth-ripples are basically trance 15 years ahead of schedule. In 1979 Hillage and Giraudy released the fabulous Rainbow Dome Musick, whose side-long tracks, “Garden of Paradise” and “Four Ever Rainbow”, pioneered the wafting and shimmering ambient techno that would soundtrack the early ‘90s post-rave chill-out culture. Hats off to Hillage.