Stephen Malkmus & The Jicks – Wig Out At Jagbags

Pavement’s ex-mainman plays to strengths in his first since becoming a Berliner. By Jason Anderson 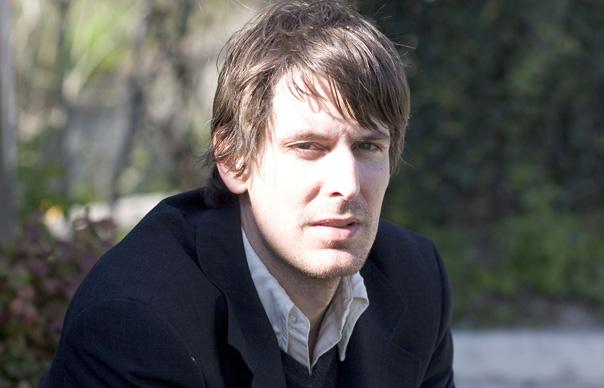 Pavement’s ex-mainman plays to strengths in his first since becoming a Berliner. By Jason Anderson

Stephen Malkmus has rarely been hard up for ideas. Indeed, his songs are filled to the brim with off-kilter imagery, cryptic gags, jumbled-up reference points and wayward impulses of every conceivable stripe. Yet now that Malkmus has spent more than two decades throwing stylistic curveballs to the ageing slackers who relish his brand of refined wise-assery, it can be a challenge for such an inveterate maverick to deliver a surprise or two. The other recurring test of his talents has been to figure out how to effectively contain or curtail the unruly sprawl that such creative hijinks inevitably yield.

His success on both counts makes Wig Out At Jagbags one of Malkmus’ most consistently engaging outings since Pavement’s gilded first trio of ’90s long-players. In his journeys through a familiar and not-so-familiar array of blind alleys and rococo cul-de-sacs, he maintains a sure footing and a lively gait, crucial qualities for a performer and songwriter who needs a sure sense of navigation lest he be in danger of disappearing up his own backside. Whether making a typically idiosyncratic stab at a boudoir-ready R&B slow jam on “J Smoov” or maximising the lunacy in a pocket-sized rock opera named “Surreal Teenagers”, Malkmus keeps it weird without wasting a moment.

It would seem that a general change in scenery has served him well. Following the release of 2011’s Beck-produced Mirror Traffic, Malkmus and his family moved from Portland to Berlin so that his visual-artist wife could take advantage of greater opportunities there. After hashing out chords and lyrics “on a computer on someone else’s table in someone else’s apartment”, Malkmus headed to a studio in the Belgian Ardennes with Dutch engineer and former Pavement soundman Remko Schouten as well as his regular foils in the Jicks. One new face was Jake Morris, drummer Janet Weiss having reunited with her former Sleater-Kinney bandmate Carrie Brownstein in the (since disbanded) Wild Flag. Fran Healy of Travis – a friend from Malkmus’ new Berlin neighbourhood – introduced him to the horn players who appear on “J Smoov” and several other tracks.

The results boast an air of renewed vigour, and are as concise as Mirror Traffic. Not that Malkmus has entirely forsworn the kind of jammy, guitar-heavy epics that filled 2008’s mighty Real Emotional Trash. He’s just rediscovered a knack for keeping all the good bits and skipping the rest. That’s pretty much his MO on the opener “Planetary Motion”, an amiable slab of psych-boogie that playfully cribs licks from Cream’s “I Feel Free”. “Surreal Teenagers”, meanwhile, is a mock-rock-odyssey in the vein of Barrett’s Floyd that includes a stop in St Moritz to sample Swiss melted cheese dish raclette.

The Grateful Dead make a cameo in the loopy verbiage of first single “Lariat”, a statement of purpose that’s as tuneful as anything he’s written since Pavement had their sole near-hit with “Cut Your Hair”. “Houston Hades” and “Chartjunk” see Malkmus strike an equally fine balance between his pop instincts and his affection for squalls and rumbles. More unexpected is “J Smoov”, which finds Malkmus trying out a romantic croon – alas, his lyrics are too full of the usual references to magnets and dragnets for him to worry Al Green. The lovers in the room must make do with Malkmus murmuring, “Mmm, rent a room, get it over with”, until they can luxuriate in the dreamy trombone solo that perfectly accentuates the song’s pillowy vibe.

The album reaches its comedic apex with “Rumble At The Rainbo”, a satirical swipe at ancient punk-rock acts and the loyal followers who couldn’t be happier to hit their heroes’ latest gig and see “no-one here has changed and no-one ever will”. It might profitably be observed that Malkmus wasn’t keen to unnecessarily prolong Pavement’s reunion in 2010.

Such moments of snarkiness aside, Wig Out At Jagbags presents Malkmus at his most eager to please. That it does so while still honouring his idiosyncrasies makes it a particular delight to behold.

What prompted your family’s decision to trade Portland for Berlin?
We could afford to be fed up with the American way of life, so we took a flyer on Berlin. It’s easy, fun and kinda outta control… and cold. Ultimately I think there is more responsibility/trust given to the citizen in Germany, and in the end, civilisation ensues… for now. We are always an economic calamity away from finding out if civilisation survives in desperate times.

Did the change of scene prompt some fateful encounters with new (and old) friends?
It all happened in the moment/by fate as it were. Remko Schouten recorded the album – he’s been with me since we lucked into him as a soundman back in the ’90s. Fran Healy lived across the way and I bugged him about doing vocals over there, if it’s possible to bug Fran. I met him in Travis’ heyday through Nigel Godrich. He took my offhand comments about horns and made them a reality with some comrades from his son’s school.

The horns add so much – it sounds like you’ve got a thing for early Chicago.
I’ve been meaning to do a Chicago Transit Authority-style jam for years but it’s tricky stuff. But I found the Sonatina Symphonic Orchestra [an online sound bank] for free on the web and bashed out an arrangement. I don’t know Chicago’s legacy in the UK but over here they are/were massive. Namecheck: Peter Cetera lives in Idaho near my parents’ house.

“J Smoov” might even qualify as your first R&B slow jam – was that what you had in mind?
You are in the right ballpark – the lyrics are classic “forbidden fruit” imagery, and there’s a great apathetic trombone solo! Since I feel out of my range in this genre, I think of it as more lite psych/Nashville/LA watering-down/“whitening” (same difference?) of soul – a countrypolitan version of Al Green. Everybody got soul though, so that’s dead-end thinking.