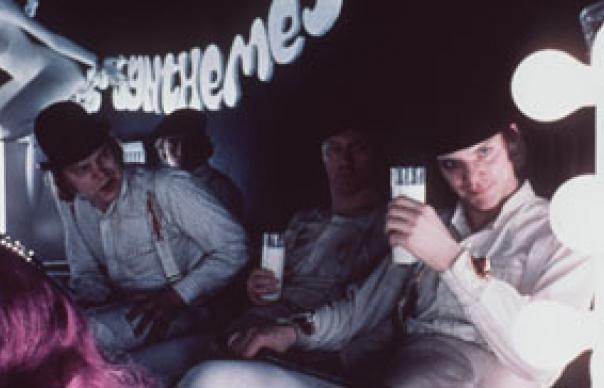 It’s unfortunate for the reputation of Stanley Kubrick that his last film was Eyes Wide Shut, a beautifully-choreographed act of cruelty against Tom Cruise and Nicole Kidman. EWS felt like a film made by a man who had spent too long in creative isolation and in the end, Kubrick’s strength – his command of the visual image – was overpowered by his weakness; a lack of concern for narrative. EWS is a clinical film about the absence of passion, which is a roundabout way of saying that if you’re going to host a masked orgy, the last thing you should do is invite Tom Cruise.

It’s possible that EWS will improve over time. Alongside the other films from the second half of Kubrick’s career (not including Barry Lyndon), it doesn’t seem wildly out of step. All of these films are about alienation, whether it’s the growing psychosis of Jack Nicholson‘s Jack Torrance in The Shining, or Malcolm McDowell’s Alex in A Clockwork Orange. The anti-hero of 2001: A Space Odyssey is HAL, a computer programmed to mimic human responses. Ultimately, this means that cold logic is infected by paranoia, and the computer becomes a Machiavellian bully whose attempts to cajole and manipulate its human masters are oddly reminiscent of the way Kubrick treated his actors.

“Show up, know your lines, don’t bump into the furniture,” was Kubrick’s implicit instruction to his talent, according to Vincent D’Onofrio. The actor witnessed the director’s authoritarian streak in the human form of Full Metal Jacket’s brutal Gunnery Sergeant Hartman (brilliantly played by ex-marine Lee Ermey), who spends the first 37 minutes of the film dehumanising his new recruits to the point where they instinctively understand their fate: “Remember this. Marines die. That’s what we’re here for.”

Viewed together, there’s a bleakness behind the grandiosity of the later work, which crystallises into pomposity with EWS. But the boldness of his vision remains, from the psychedelic weirdness of 2001, to the way he pushes Nicholson and McDowell beyond charisma into something almost demonic in The Shining and A Clockwork Orange. His use of music is uncommonly powerful, whether it’s “Surfin’ Bird” as a soundtrack to combat in Vietnam or Strauss’s “Also Sprach Zarathustra” in 2001 (appropriated by Elvis, who knew a whacked-out creation fable when he saw one). It’s a strange place, planet Kubrick, full of messed-up psychology and men who are lonely and bad. Thrilling to visit, but you might not want to stay, for fear of turning into David Lynch.

Bonus documentary A Life in Pictures; bonus discs for all the films apart from Full Metal Jacket. The Special Editions are also available separately.