Solomon Burke – Make Do With What You Got 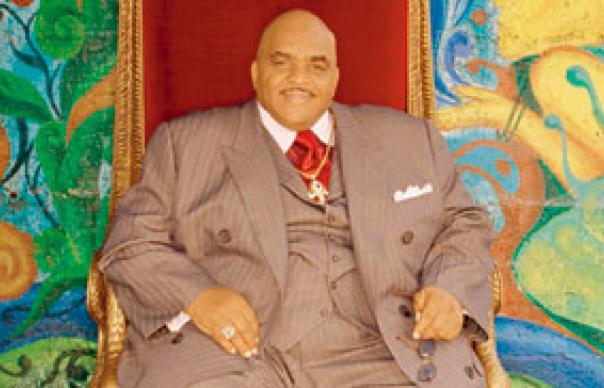 When something works as well as Solomon Burke’s 2002 renaissance, Don’t Give Up On Me, the temptation to repeat the formula is irresistible. That album appeared on indie label Fat Possum. Then it wins a Grammy, and Sony muscles in and employs producer Don Was to make part two in the safe knowledge that the template can’t really fail. Take the last of the classic ’60s soul singers and a bunch of songs by the most literate writers of our age and glowing reviews will follow as surely as night succeeds day. And, of course, Burke doesn’t fail. Was does his bit, too, brilliantly coaxing an authentic ’60s Memphis stew from the band. Yet there’s a lurking suspiscion of contrivance here, as opposed to the joyous spontaneity that characterised Don’t Give Up On Me. On that album, Burke sounded genuinely thrilled that the likes of Dylan, Van Morrison, Costello, Waits and Brian Wilson should remember him, let alone supply him with songs. Here you suspect the heavy hand of A&R arm-twisting. They’ve gone back to Dylan, but this time he didn’t have a new song, so Burke covers “What Good Am I?” It’s a noble version, but it doesn’t have the excitement of an unheard composition.

True, Dr John (who wrote the title track) and Morrison (who additionally penned the liner notes) contribute new songs. But covering “I Got The Blues” from Sticky Fingers smacks of a stunt: ‘Hey, 40 years ago the Stones sang Solomon’s Everybody Needs Somebody To Love. What a great story if he now returned the Compliment. . .’ If only all the choices were as inspired as his heartfelt rendition of Hank Williams’ cautionary “Wealth Won’t Save Your Soul”.

But objectively, the difference is more of nuance more than substance. At 64, Burke still has the mightiest voice you’ve heard since Otis died. And if you loved Don’t Give Up On Me, you’re unlikely to be disappointed with Make Do With What You Got.