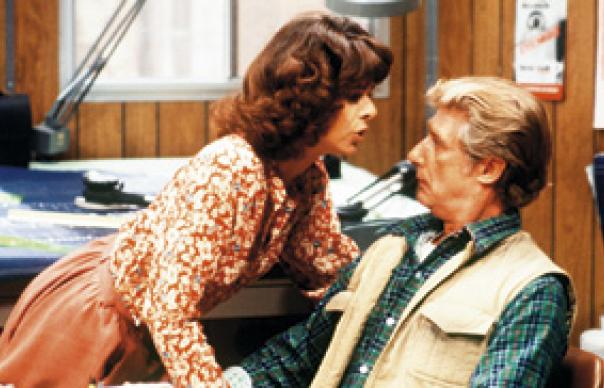 Soap, which originally ran for four seasons in the late ‘70s and early ‘80s, is arguably one of the most influential sitcoms of all time. As its title unsubtly suggested, it was a satire of the tropes of soap opera. This in itself would have been an achievement – successfully satirising what is already self-evidently absurd is extremely difficult. But Soap managed much more besides.

Admittedly, the targets Soap hunted weren’t that difficult to hit. The show expended barely a fraction of the creative ammunition at its disposal as it mowed down interminable and lamentable serials like The Young And The Restless and Days Of Our Lives (this first series of Soap, at least, narrowly pre-dated the advent of Dallas and Dynasty). The real accomplishment of the programme was its gleeful bending, breaking and/or cavalier disregarding of the parameters in which situation comedy could operate. Traces of its post-modern deadpan, running jokes and self-referential gags have since become stapes in other significant sit-coms like Seinfeld, Scrubs and Arrested Development.

There were plots, as such, chiefly chronicling the domestic upheavals of the wealthy Tate family (Tate patriarch Chester was played by Robert Mandan, previously best-known for starring in genuine soap Search For Tomorrow) and the less well-off Campbells. These storylines were preposterous to the point of opacity – later series involved demonic possession and alien abduction, no less. But the principal joys of Soap were the studied overacting of the cast, the cascading expository voiceovers of veteran gameshow announcer Rod Roddy, and a fizzy script by creator Susan Harris that managed to work in themes – homosexuality, race, religion – seldom touched on in mainstream American entertainment.

Early in the very first episode, Tate’s long-suffering wife Jessica (the very fabulous Katherine Helmond) marvels of black butler Benson (Robert Guillame): “Such a mind of your own!” Benson’s subsequent facial expression is a masterpiece in its own right.
Timeless and damn near flawless, Soap ranks alongside Police Squad! as a genuine pathfinder.