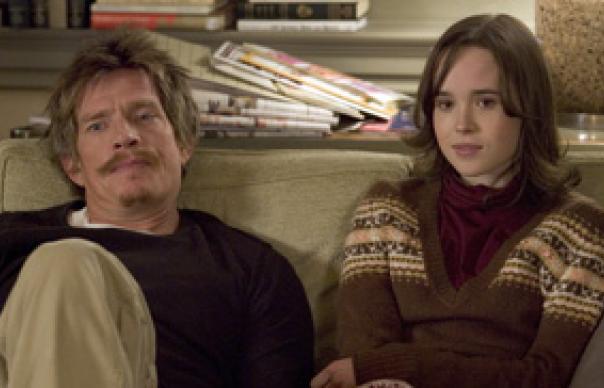 Smart People isn’t so much the little film that could, as the little film that could have been wonderful. Well-made, and for all the right reasons, it’s a slight, bittersweet character piece that almost seems to have gleefully given up on any further ambition as soon as the first big name signed on the dotted line. Which is a shame, since, despite the brave casting of near-household names as everyday Joes, it ventures into shady areas that a bolder film would have explored, not shied from.

The nominal lead is Dennis Quaid as Lawrence Wetherhold, a neurotic and, it must be said, rather charmless college professor who has yet to get over the death of his wife, distracting himself instead with professional rivalries and sour inter-departmental feuds. Pompous and aloof to his students, he’s a hard man to care for, which means the actual lead is Sarah Jessica Parker, in a rare dramatic role that riffs well on the subtle, sophisticated air of vulnerability that, paradoxically, is her strength. As Janet Hartigan, the nurse who tends to Wetherhold after a fall, she catalyses a crisis in the Wetherhold home, with Lawrence in the middle as his polarized, dysfunctional family rave over and rail against the prospect of him having another woman in his life.

But the real //stars//, however, are Juno’s Ellen Page, as Wetherhold’s tart, soft-centred neo-con daughter Vanessa, and Sideways’ Thomas Haden Church as his flaky, loser brother Chuck. By themselves, they give Smart People an edge that otherwise just wouldn’t be there, and when they’re not on screen, their presence is sorely missed. The moral – that intellect shouldn’t be placed above emotion and instinct – is a corny one, but it’s explored rather superbly in the scenes with these two, which start out funny but take a turn for the desperately sad when the uptight Vanessa makes a drunken pass that both unnerves and alienates the once-laidback uncle. If there was more of this, Smart People would be a great little indie, as it is, it’s a solid romantic drama that serves its talented cast very well, but, ultimately, doesn’t entirely do them justice.