Six Organs Of Admittance – Shelter From The Ash

US underground mercenary ramps up to war footing 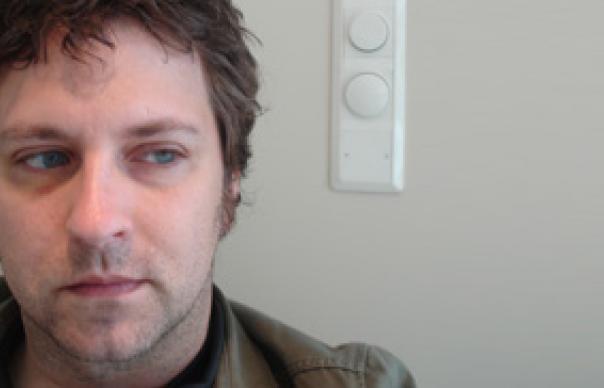 Overused phrases such as “freak folk” or “acid folk” tend to play up the potential gonzo overtones of America’s current underground scene. Ben Chasny, the principal shaker of Six Organs Of Admittance, is a busy Californian musician with a more serious purpose.

A member of crunch-rockers Comets On Fire, Badgerlore, Current 93 and Will Oldham/Matt Sweeney’s Superwolf project – Chasny imparts his love of oriental scales and Persian philosophy to all these bands, via his amazing guitar technique. It’s this the newcomer can’t fail to be moved by here: he percussively a la Davy Graham, but can also plant a smacker on the stratosphere when called for.

The title of this latest Six Organs offering echoes the 1970 Pearls Before Swine album ‘The Use Of Ashes’, and, like the earlier group, Chasny brings a religious-toned solemnity and a critique of war to his sepia-toned electro-acoustic music. Where PBS’s ‘Balaklava’ (1968) whispered protest against Vietnam, ‘Shelter From The Ash’, meanwhile, sees Chasny and his collaborators (including Elisa Ambroglio from The Magik Markers, Noel Harmonson from Comets On Fire and Matt Sweeney) draw their blasted imagery from the rubble of America’s current Middle Eastern campaigns.

Opening instrumental “Alone With The Alone” is inspired by Henry Corbin – an esoteric Islamic scholar who deeply probed religious philosophy in Iran. Elsewhere Chasny flexes his muscle on scorching electric guitar solos on “Strangled Road” and centrepiece “Coming To Get You”. Here, the malicious opening erupts in a furnace of distortion and bowed bass strings.

All round, ‘Shelter From The Ash’ displays some pretty wigged-out guitar work, but balanced by ruminative, minor-key acoustic moments that recall the mood of America’s “Horse With No Name”. Meanwhile, the acoustic improvisations that kick off “Goddess Atonement” – a wake for recently-deceased Sun City Girls member Charles Gocher – suddenly galvanise, like iron filings under a magnet, before a beautiful arrangement of vibraphone, electric piano and field recordings from the Amazon jungle. Out of destruction comes forth devotion.
ROB YOUNG

UNCUT: What are the Six Organs Of Admittance?

Ben Chasny: It’s a Buddhist term that refers to the five senses plus the soul. If I had known that years later I would still be using that name I would have used something that rolls off the tongue easier.

War and destruction overshadow this record…

I am the son and grandson of veterans of war and my father has taught me that the consequences run deep, long after the news bites are over. That said, I don’t think it’s a preachy record. In a lot of ways, playing music draws upon that time when you were a kid because that was the last time you were truly free in this world, before the thought of the end, be it nuclear catastrophe or punching the clock at work.