The album that nearly was finally... is 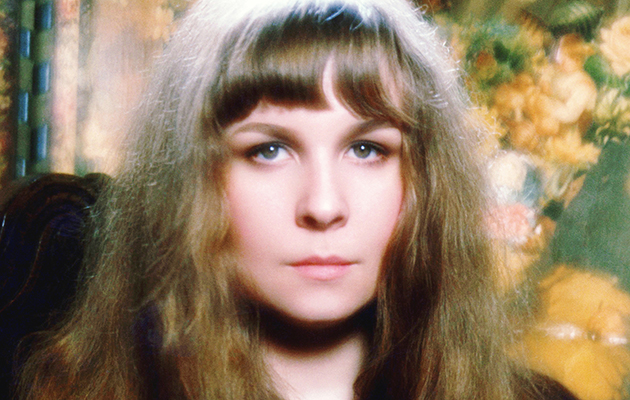 With the exception of some tentative, fledgling recordings made before she had found her wings as a singer and her flight path as a songwriter, one of Britain’s finest folk singers never recorded an acoustic album.

Yet there are many who will tell you that Denny was at her dazzling best as an intimate performer in a solo setting, either accompanied by her own six- or twelve-string guitar or seated at a piano. Linda Peters (nee Thompson), who first met her at the Troubadour on the Old Brompton Road in 1966, is convinced of it. “Sandy was much better solo,” she says. “I so wish she had recorded an acoustic album, and told her so. But Sandy loved the craic and the camaraderie with other musicians.”

Roy Guest, who managed her, agrees. “I could never convince her that she didn’t need other musicians. She felt the sound was better with other textures,” he recalls. “But that wasn’t true. She was wonderful on her own and had the ability to be a completely solo artist. She was a great singer and she didn’t know it.”

Further support comes from Mick Houghton, author of an acclaimed 2015 biography of Denny and who came up with the concept for I’ve Always Kept A Unicorn, named after a line in her 1974 piano ballad “Solo” and which also doubles as the title of Houghton’s book. “The pure, solo, and most untouchable Sandy Denny was never captured on record,” he says with regret.

Yet plenty of glorious hints and tantalising fragments are littered around in demos, live recordings and radio sessions and this two-disc compilation generously collects together 40 of them in an attempt to create the solo acoustic album she never made, a painstakingly researched assemblage of stripped-down takes of songs we are more accustomed to hearing with embellished arrangements on recordings by Fairport Convention, Fotheringay and on her four solo albums.

To claim that these unvarnished acoustic takes are ‘better’ than the more familiar ‘finished’ versions would be to miss the point. But the beauty of, say, her first acoustic recording of “Who Knows Where The Time Goes” with the Strawbs, or “Fotheringay” before Richard Thompson’s guitar and harmony vocals were dubbed on to the track, lies in the way the spotlight is directed exclusively on Denny’s voice – and what a heartbreakingly pure and potent instrument it was, seeming to come from the very depth of her soul.

In fact, Denny had the rare ability to carry almost any song without accompaniment and one of the most breath-taking moments here comes on an exquisite “Lowlands Of Holland” from an early Fotheringay session for the BBC’s ‘Folk On One’, sung a cappella because the band hadn’t had time to work out an arrangement.

Several compositions – notably a lovely, intimate version of “Solo” from a John Peel session and a deathless piano demo of “No End” recorded on a Bechstein concert grand – breathe with a simple freedom and an uninhibited emotion that the overblown orchestral arrangements on Like An Old Fashioned Waltz smothered.

The unvarnished voice-and-guitar demos of “By The Time It Gets Dark” and “One Way Donkey Ride” are equally striking, home recordings on which Denny sounds liberated by the absence of what Fotheringay guitarist Jerry Donahue described as her “fear of the studio red light”. “That was good,” she says at the end of “One Way Donkey Ride”, sounding more surprised than boastful.

Much of the material here has appeared on various retrospectives and compilations over the years, although it has never been thematically collected together before. But Houghton and researcher/compiler Andrew Batt hit gold dust when they unearthed three previously unknown acoustic demos for Rock On, the album of rock’n’roll covers recorded by the Fotheringay/Fairport extended family in 1972 as The Bunch. There’s a thrilling joie de vivre to her covers of Buddy Holly’s “Learning The Game” and “Love’s Made A Fool of You” and her tender duet with Linda Thompson on the Everlys’ “When Will I Be Loved” is a sheer delight.

The comparison that comes most readily to mind when listening to the demos for her more introspective songs such as “No End”, “One Way Donkey Ride” and “By The Time It Gets Dark” is the early acoustic work of Joni Mitchell. If Denny hadn’t been so fond of “the craic and the camaraderie” that came with being in a band, she might have made a series of intimate solo troubadour records to equal Clouds, Ladies Of The Canyon and Blue.

We cannot complain that she opted for a different path, because then we wouldn’t have had Unhalfbricking, Liege & Lief or Fotheringay. But 38 years after her death, it feels good finally to have something approaching the Sandy Denny acoustic album that never was.